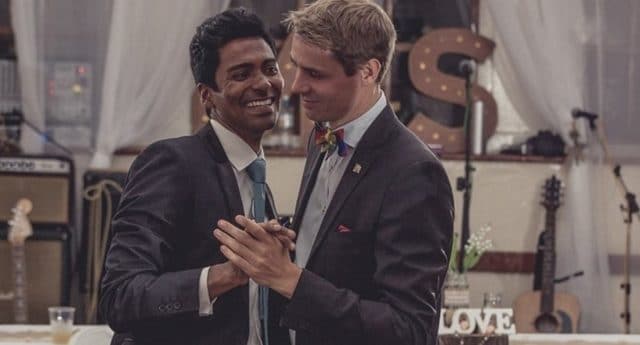 Saint Helena has seen its first ever same-sex wedding.

The event came just over a year since Governor Lisa Phillips signed marriage equality into law on December 20 2017, the Saint Helena Independent has reported.

Registrar Karen Yon oversaw the historic gay wedding on the tiny British territory, which is home to 4,500 people and sits in the South Atlantic Ocean island some 1,000 miles from South America and Africa. 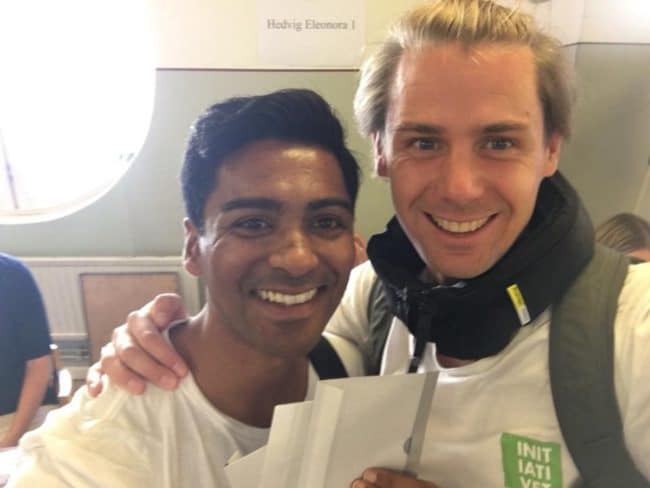 The ceremony ended with the new husbands running across the gardens at the scenic Plantation House as they were showered with pink flowers.

How was same-sex marriage legalised in Saint Helena?

As a result, the British Overseas Territory, which hit the headlines when its tortoise Jonathan—the oldest in the world at 186—was discovered to be gay in October 2017, wrote into The Marriage Ordinance 2017 that “‘marriage’ includes a marriage between persons of the same sex.”

But, despite including the provision that ministers were not compelled to marry same-sex couples if doing so conflicted with their religion, the legislation was met with opposition from two representatives.

“St Helena has finally voted for same-sex marriage. Now there is equality on this little British Overseas Territory”
— Angelo Berbotto

One of the two councillors to vote against the bill, Cyril Leo, warned it would cause a “deep divide” on the island, which measures just 10 by five miles.

He said he was afraid of the negative reaction from “homophobic elements,” but bowed to the majority’s decision.

“Now there is equality on this little British Overseas Territory.”

Kylie Hercules, a representative who supported the Marriage Bill, said simply: “We are dealing with people’s lives and emotions.”

Christine Scipio-O’Dean, who voted in favour of the bill, agreed that it was time for the island to accept all its citizens.

“We cannot discriminate,” she said. “We must not, and we must strive to ensure equality.”

Representative Lawson Henry said the island’s constitution called for equality, which its legislative council could finally deliver for LGBT people.

“It is simply about equality,” he said.

“If this house cannot uphold the constitution then why are we here today, and why do we have a constitution?

“This bill has never been about religion, it is about equality and protection of minority groups.”