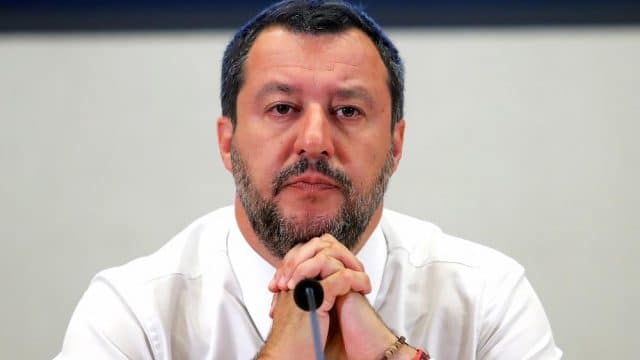 A newly-elected MEP has called Italy’s Matteo Salvini a coward over his stance on migration.

Magid Magid made the outburst during a fierce debate in Strasbourg ahead of an emergency meeting of European interior ministers on how to tackle the migration issue.

France and Germany have again suggested creating a coalition of the willing: a group of countries that would systematically admit migrants whenever they disembark from rescue ships.

The idea — a temporary solution — would be for the European Commission to coordinate the distribution around Europe of those asking for asylum.

In exchange, countries like Greece, Italy, Malta and Spain would agree to let migrants or rescue ships disembark on their territory.

But some Mediterranean countries — who have long complained they are sharing the bulk of the migration burden — oppose the proposal.

“France and Germany continue to want Italy to be among the few countries of arrival, we are working on a solid Mediterranean axis that would change the rules and put an end to the trafficking of human beings,” tweeted Salvini, Italy’s deputy prime minister, part of a government that has closed its ports to migrant rescue boats.

The interior ministers’ meeting in Finland today comes after British MEP Magid spoke passionately about migration in the European Parliament in Strasbourg.

“They [migrants] deserve the openness of our arms, the safety of our welcomes and the warmth of our European embraces.

“In contrast, Matteo Salvini is a coward. A coward because what kind of grown man watches a child drown gasping for breath and turns his back?”

But Salvini was defended by Annalisa Tardino, an Italian MEP from his party, League.

“The truth is that only our government and our minister Matteo Salvini, with great courage, is trying to stop the business of smugglers and illegal migration by saving lives,” she said.

Watch more analysis on European migration in Good Morning Europe’s report in the video player, above.