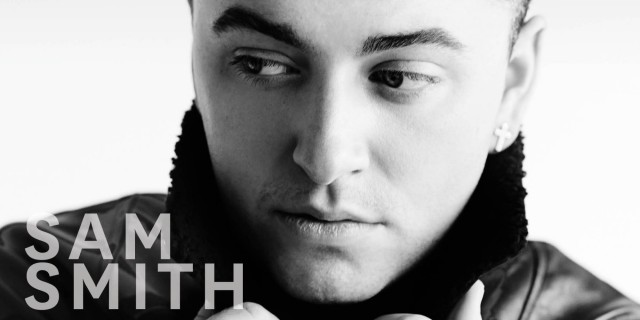 While there are gay people out there who feel constrained by whatever standards when it comes to their sexuality, by their families or communities they live in, Grammy-winning singer-songwriter Sam Smith has no issues about publicly displaying his sexual orientation and he is also a big supporter of the LGBT community. Sam Smith came out last year, revealing that his album The Lonely Hour was about loving a guy who didn’t love him back.  That was his public come-out because he told Ellen in an interview that his family knew it for a long, long time: “I came out when I was like 4 years old,” he says. “My mom said she knew when I was like three. So I didn’t have to actually properly come out.”

After revealing himself in Ellen’s show, Sam featured on the cover of Out magazine’s annual Out100, a list that honors greatest celebrities from the LGBT world.

It wasn’t easy for Sam either, as he faced anti-gay bullying since he was a teenager, and recently as well, when he was the subject of an anti – gay epithet. Here’s what he told The Rolling Stones Magazine about the incident:

“I was just embarrassed that my dad had to see that, because I could only imagine how you feel as a parent. You just want to kill them,” he told Rolling Stone at the time. “I was always embarrassed for the people around me.”

But despite all these negative situations, Sam is comfortable with being gay and encourages all the gay, lesbian, bisexual and transsexual people by being a public voice and an inspiration.

He actually intends to start a gay-rights charity for gay people who have a hard time coming out or are being rejected by their community. He feels that everyone should feel free, like he does, but not everyone has the support to grow and be happy as a gay person in a community that is unsupportive. “It’s so deep. But sometimes I sit and get so upset when I think about all the hundreds and thousands of gay men and woman all over the world, who are going through such heartache and hard times for just wanting to love someone they love.”

“It makes me so sad and sometimes feel so guilty that I have that simplest freedom whilst others don’t.”

“Sorry to get so deep, but it kills me. I don’t understand why more of us aren’t doing something about it. I’ll leave it there.”

He also confessed to Out magazine that he is proud to set an example for gay people and mainly for their parents, to show them another perspective and he is determined to be a strong voice for the years to come.

We are happy to have more and more proud gay celebrities supporting the LGBT community.