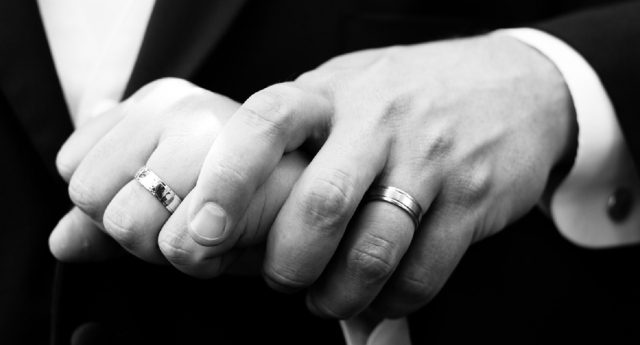 Same-sex couples could begin to marry in Guernsey as soon as the summer, it has been announced.

The Employment and Social Security Committee Vice President Shane Langlois said the UK Privy Council announced that Royal Assent has been given to the law first introduced back in 2015.
The measure will now go to the States for final approval before it will come into effect.

Despite Langlois saying that it is expected it will do so in the summer, he said before a commencement date is announce, same-sex couples should hold off on making plans.

Same-sex marriage was last year approved in Guernsey by a vote of 33-5.

The Balliwicks of Jersey and Guernsey (the Channel Islands) – which have a population of just 165,000 – are crown dependencies, and retain autonomy from the United Kingdom.

Back in 2015, the Jersey States overwhelmingly accepted proposals that begin to bring Jersey into line with England, Wales and Scotland, by permitting same-sex couples to wed.

The Guernsey States later voted to introduce same-sex marriage by 33 to 5, in the culmination of a years-long process.

Until the measure was approved Guernsey was of the few places in Western Europe – and the only place in Great Britain or the UK – which does not allow either civil partnerships or same-sex marriage.

“We are ecstatic that Guernsey is now a more equal place to live and that the States have demonstrated their support for LGBTQ islanders, some of whom have waited a very long time to be able to get married.

“Given that 80-90% of the population responded in favour of marriage equality in the 2015 States consultation, we are proud that the result of the vote corresponded with the majority of islanders’ clearly expressed wishes.

“We would like to thank all of those in the States and the wider community who have worked so hard to bring this about, and we wish luck to all whose who will be hearing wedding bells in 2017!”