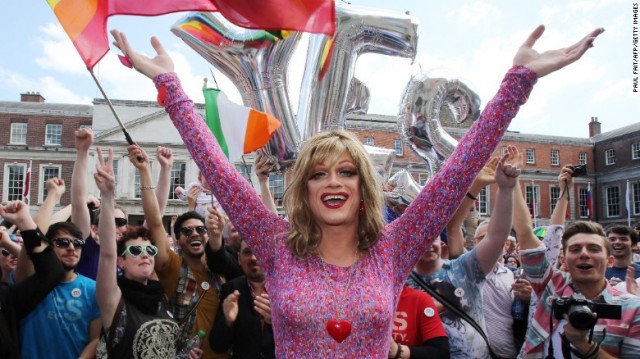 sGay marriage was legalized and signed into Irish law on Thursday 29th of October. It finally happened after several months of delay.

The Presidential Commission of Ireland including the Chief Justice, the chair of the House of Representatives and the chair of the Senate endorsed the legislation in place of President Michael Higgins, who now is on a visit to the U.S.A.

“A defining moment has been reached in our development as a nation and together we are sending out a message to the world that Ireland is a country where people continue to believe in equality for all,” claimed Irish Senator Katherine Zappone, who got married to her partner Ann Louise Gilligan in Canada.

In the referendum that took place in May, 62.1% of people voted in favor of gay marriage. And it was the start of legalization of the marriage between two people “without distinction as to their sex.” It was an important step made in this aspect in mostly Catholic country. Ireland is considered to be the first nation who used popular vote for gaining gay marriage legislation.

In July this year, another law related to the LGBT agenda was passed in Ireland. It now allows transgender people to legally change their gender based solely on their self-identification.