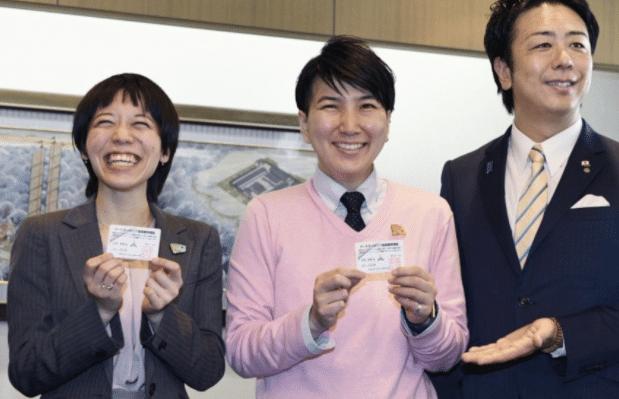 Same-sex couples can now register their relationship in Fukuoka, one of Japan’s biggest cities.

Fukuoka Mayor Soichiro Takashima made the announcement about the good news in February.

But now everything is up and running for the partnership oath system which allows same-sex couple to register their relationship at the municipal government.

Couples could start registering their relationship from 1 April with many flocking to sign up in the first few days.

Ishizaki is a LGBTI advocate at the Fukuoka Rainbow Educational Networks and said having official recognition of their relationship felt great.

‘We’ve already spent our lives together as a family but we’re happy because we feel like we received congratulations from society,’ Ishizaki told media.

Fukuoka is only the second government designated city after Sapporo to recognize same-sex couples.

Other wards to recognize same-sex relationships are the Shibuya and Setagaya wards in Tokyo. The city of Takarazuka in Hyogo prefecture started issuing certificates to same-sex couples in June last year.