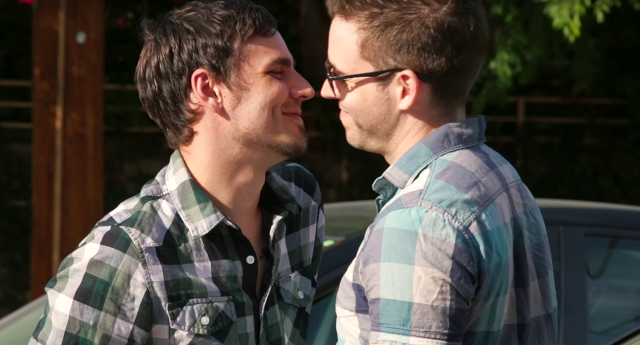 A new study claims gender is still ‘by far’ the deciding factor for couples when splitting daily jobs.

For most couples, gender remains the most important factor when deciding who will cook dinner or take the bins out – even if that couple is gay.

New research claims that gender stereotypes still play an integral part in same-sex relationships – with daily tasks being assigned based on who is more ‘masculine’ or ‘feminine’. The person seen as more ‘feminine’ is more likely to clean the house and care for children, whereas the more ‘masculine’ partner takes care of the DIY and car maintenance.

Researchers initially found that gender was “by far” the biggest factor in deciding how both heterosexual couples assigned jobs, but were shocked to discover the same logic applied to same-sex relationships.

“People relied on information about gender to guide their beliefs about what people should be doing,” said sociologist Natasha Quadlin, of Indiana University.

“Surprisingly, that theme extended to same-sex couples,” she added.

Titled, “Making Money, Doing Gender, or Being Essentialist? Partner Characteristics and Americans’ Attitudes Toward Housework,” the study examined responses from a survey taken by more than 1,000 people.

Each respondent was randomly assigned a description of a heterosexual or same-sex couple.

The description included information about each partner’s occupation and income – as well as his or her hobbies and interests- which hinted at whether the partner had traditionally masculine or feminine traits. On the other hand, 67 percent of respondents believed that the more masculine partner should handle automobile maintenance and outdoor chores.

A recent study found that gay couples who are in open relationships can form closer bonds than those who are exclusive.