Marriage equality has come to the British Overseas Territory via a judge’s ruling in favor of a same-sex couple.

Marriage equality has come to the Cayman Islands, a British Overseas Territory.

The Grand Court of the Cayman Islands ruled on Friday that the government was wrong to have refused a marriage license to Chantelle Day and her partner, Vickie Bodden Bush. Chief Justice Smellie determined the action was discriminatory, saying it violated Cayman’s constitution by interfering with the right to a private and family life, the Cayman Compass reports. 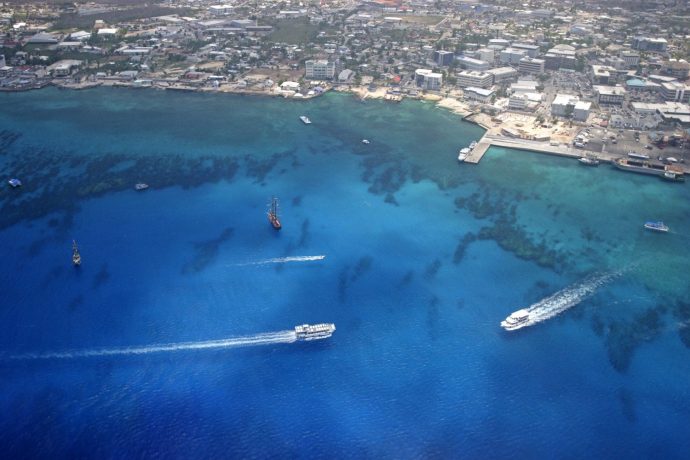 The couple have been together for seven years and have an adopted daughter. The ruling in their favor was met with applause by some 80 people who packed themselves into the courtroom.

The judge used his constitutional powers to remove language in the law saying marriage was only for opposite-gender couples, and instead state “’Marriage’ means the union between two people as one another’s spouses.”

1/5 Judgment today in #CaymanIslands #equalmarriage case. For my clients, Chantelle & Vickie, we argued for marriage but civil partnership as minimum. Cayman is a #UK OverseasTerritory. #ECHR applies. Per #ECtHR in Oliari, offering no institution violates art.8. pic.twitter.com/WwNWOB1X32

5/5 Current stats: 14 of UK’s 20 jurisdictions offer #equalmarriage. Only the 5 #Caribbean OTs don’t + #NorthernIreland. Those 5 OT have no civil partnership either. Maths about to change? Heading to the #GrandCourt now. Update you soon… pic.twitter.com/pyd13XzijG

“The petitioners and their daughter are entitled to the indignities to which they have been subjected being put to an immediate end by the court,” he said, adding that same-sex marriages strengthen the institution, not weaken it.

“The possible desires of the heterosexual majority to maintain a perceived tradition of marriage of its liking or to impose dominant religious beliefs on the homosexual minority, cannot, as the extensive survey of the case law has shown, constitute valid justification,” he added.

Same-sex marriage is now lawful in the #CaymanIslands !! #EqualMarriage #lgbt #LoveIsLove Congratulations to my clients Chantelle & Vickie. Pleasure to have been junior counsel to Ed Fitzgerald QC @DoughtyStreet and Ben Tonner QC

Attorney General Samuel Bulgin called the judgment “very interesting,” and said “the government will have to take some time to consider it and think about how to move forward.”

“It shows that love wins and I am really happy that the right result was received today,” Day said of the ruling.