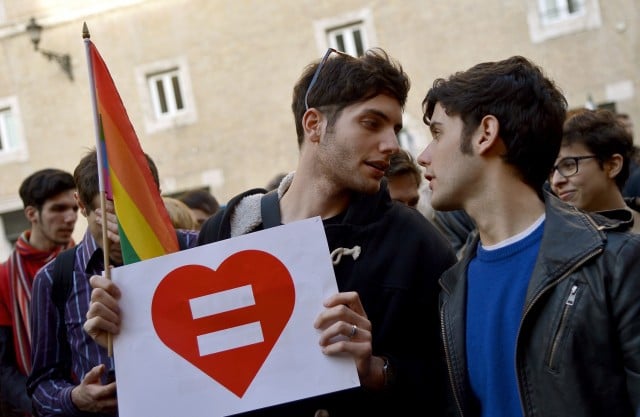 Even if the Chirch stand against same-sex unions in Italy, last week Italian parliament passed same-sex unions bill. Reactions from the Church’s representatives were negative.

Catholic Archbishops don’t want the law and a leader said it:  “There is a big slice of the country that this law does not want it. I believe this way of doing is creeping fascism.”

Despite many negative reactions from the Church, Italy’s President Sergio Mattarell signed the bill into law, so he made it clear that, yes, same-sex couples can legalize their partnerships.

Saying that the prime-minister did not give them the opportunity to debate the lawn the right wing has started a campaign against the bill.

If they gather 500,000 signature the law could go into a referendum to be debated.

“We are not against the recognition of rights but we are resorting to a referendum because [Prime Minister Matteo] Renzi prevented us from amending and debating the law,” Italian Senator Carlo Giovanardi said.

But even if they gather 500,000 signatures, the pro-LGBT side thinks that a referendum will not stay in the way of equality and civil rights.

Rights activist Maria Laura Annibali pointed out that adoptions were not included in the bill yet, however the joy has the same intensity.

“For me, it is a great joy, and it would have been even greater if they had included the adoptions for our friends, men and women from the Rainbow Families, for their children.

The Church cannot stay in the way of equal civil rights even if they don’t want to call same-sex unions marriages.
“But for a woman of my age, a day like this is the coronation of what I thought a marriage could be when I was a child. They don’t want to call it marriage, but for us all it is a bill on marriage,” Maria Laura Anibali continued.