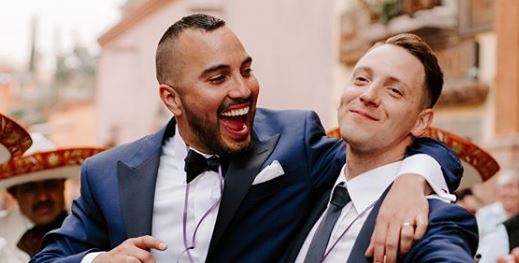 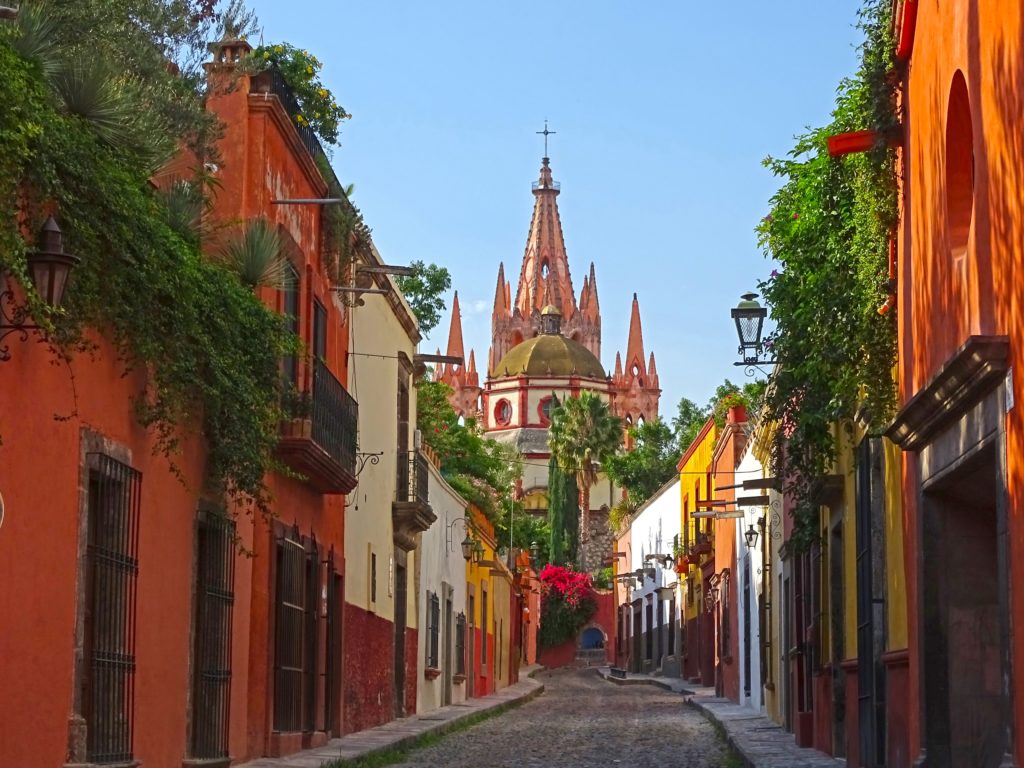 Deep in the mountains of central Mexico, three or so hours from Mexico City, there is a beautiful Spanish Colonial town that is becoming one of the brightest spots on the international travel radar.

San Miguel de Allende has been a popular destination since the late 20th century, when American and Canadian artists began to move in and turn the town into an artist colony. Living in Mexico is cheap, and so is the real estate to open art galleries; and the light at that high mountain altitude has a particular clarity, perfect for painting a masterpiece. Need artistic inspiration? Take a walk through the historic center of town, which is a UNESCO World Heritage Site, and soak in the gorgeous architecture.

After a few decades of gentle gentrification, with help from both expat and Mexican artists who are part of the community, SMA now ranks at the top of many “best destination” travel lists, with praise for the historic architecture as well as the restaurants and bars that popped up to keep all of those artists happy.

There are still traditional Mexican markets in the center of town, where local residents buy fresh fruit and roasted corn, but SMA also becomes packed on weekends with quick-trippers from Mexico City and Guadalajara, who drive in to shop at high-end design boutiques and eat at Asian-fusion restaurants.

Being in the mountains of Mexico has certain challenges when competing for tourist dollars. SMA does not have its own airport; the nearest cities with airports are accessed by bumpy rides in a shuttle or bus. The surrounding terrain is dry, mostly unremarkable desert. And there is not a beach to be found, hundreds of miles in any direction.

But that high-altitude desert weather— with daytime temperatures that hover in the 70’s and 80’s year-round—is perfect for lounging by the pool. And there are some gorgeous pools around town, both in the redesigned interiors of those historic buildings, and the newer, larger hotels and resorts on the town’s perimeter.

This mix of historic architecture and modern luxury has turned SMA into a top wedding destination, both for Mexican citizens and visitors. Weddings in SMA are a grand affair: parties parade through the center of town, accompanied by mariachi bands, and ceremonies take advantage of the gorgeous settings that only a UNESCO World Heritage Site can provide. 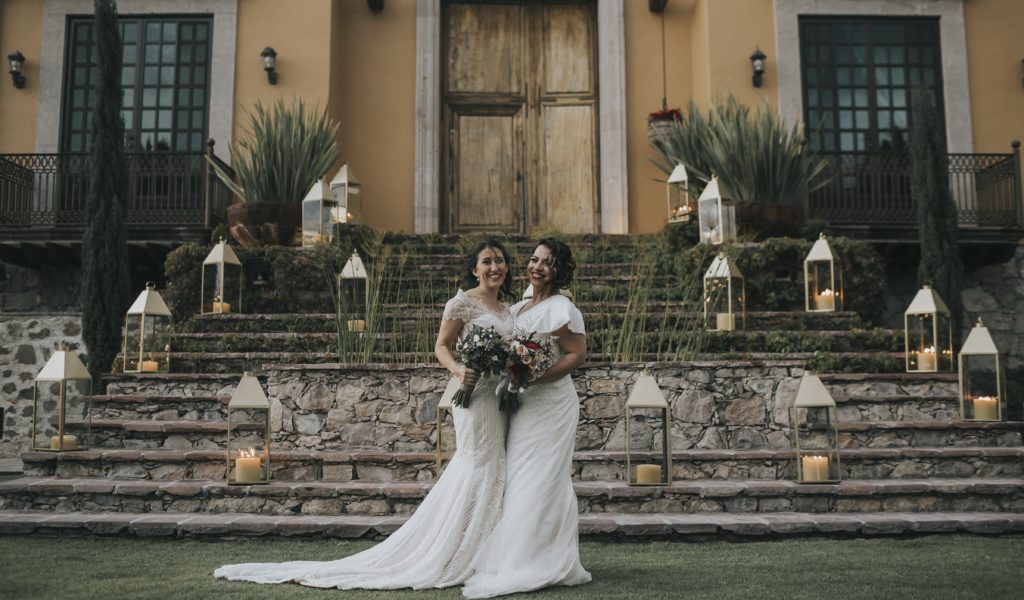 Mexico is currently in the midst of untangling a complicated series of legal rulings about same-sex marriage; in some municipalities it is legal but others it is not. As of this writing, it is not legal in SMA, but all weddings are welcome here regardless of what the government says, and residents smile and clap as couples parade through town. This includes couples from the U.S. and Canada, who get legally married in their own countries and then come to SMA for a memorable celebration.

Take a look at these photos, from some recent wedding celebrations in San Miguel de Allende. If you visit, take some time from your festivities, and find an art gallery to enjoy. Many sell items small enough to fit into your luggage. Or buy something big, for your new home, because you plan to stay.