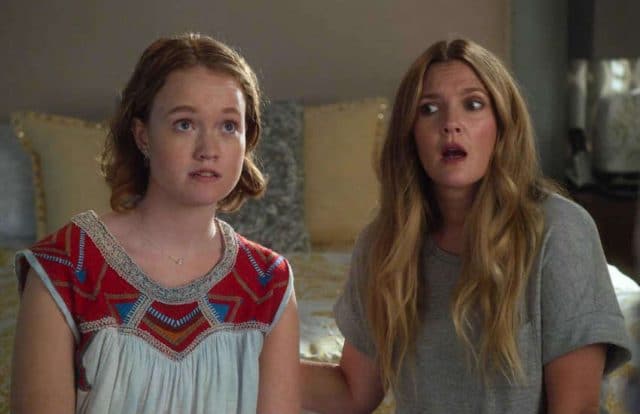 If you love zombie comedies – or rather just comedies about modern times where people incidentally enjoy the taste of human flesh – chances are you’ve watched Santa Clarita Diet.

As the Netflix show starring Drew Barrymore as undead Sheila was canceled last April, we had to say goodbye to those beloved characters, including Sheila’s daughter Abby, played by non-binary actor Liv Hewson.

Abby was set for an interesting character arc, finally being more involved in the bizarre family routine of gruesome yet hilarious murders. But all things come to an end. 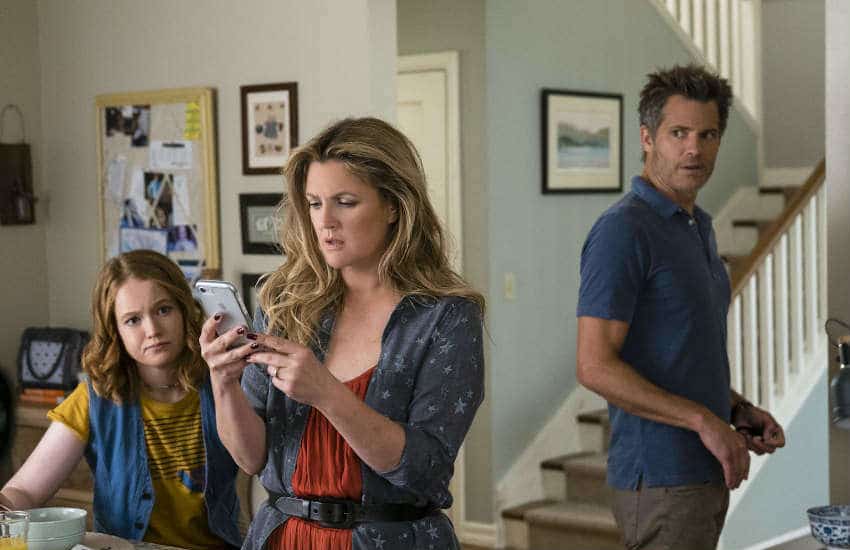 ‘I’ve loved the experience of making it and I’ve loved playing Abby. It’s hard to say goodbye but that’s okay and that’s what happens sometimes.’

Now that many are campaigning to save shows such as One Day At A Time, it isn’t unlikely to see zomcom fans to create a Santa Clarita Twitterstorm.

‘It’s been really beautiful and nice to see people express how much they’ve loved the show and much it means to them. That’s rewarding for me as a performer and for all of us behind the show and it means a lot to us, but sometimes things end and that’s okay.’

Canberra-born Hewson has a few tricks up their sleeve. The 23-year-old has just finished shooting an indie movie where they play a non-binary character, a first in their career.

‘That’s been wonderful. It’s something that I’d definitely like to do more often,’ they said, despite being tightlipped about the project.

‘That’s part of the reason why we tell stories in the first place, to articulate different human experiences and explore how different things feel and look,’ they continued, opening up on the importance of representation.

‘Storytelling is about empathy in a lot of ways, so I think it’s very important to see as many different kinds of people on screen and in fiction as possible and that includes non-binary people.’ 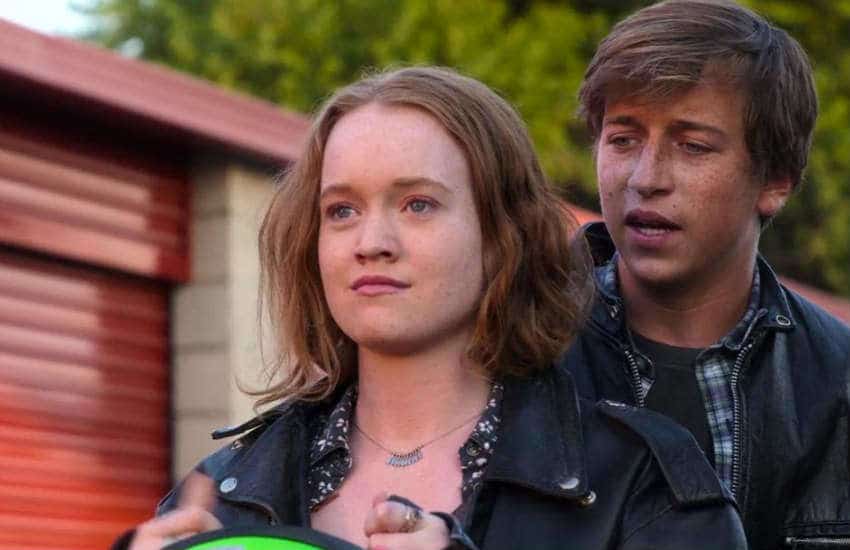 Hewson and Skyler Gisondo as Abby and Eric. | Photo: Netflix

Hewson identifies as gay and came out as a non-binary when they were 16. However, it took them a while to come out in professional milieux.

‘I’ve only started to talk about my gender identity publicly within the last year or so,’ they said.

‘That wasn’t for any specific reason. I wasn’t quite sure how to, I wasn’t quite ready and it’s been very gradual. Me being more expressive with my pronouns, that’s something that happens in very small steps. And that’s okay. You know, I’m figuring it out and I’m happy that it’s something I’m starting to feel more comfortable with now.’

They had advice for whoever is struggling with their gender identity.

Asked about pressures to conform to what non-binary should look like, Hewson made an interesting point.

‘One thing that I want to make very clear to people is that there’s not just one way non-binary people are supposed to look,’ they said.

‘When we talk about androgyny, I think that people have a very specific idea of what androgyny means and what it looks like.’

They went on to talk about how certain physical features, such as being thin or flatchested, are usually associated with androgyny. 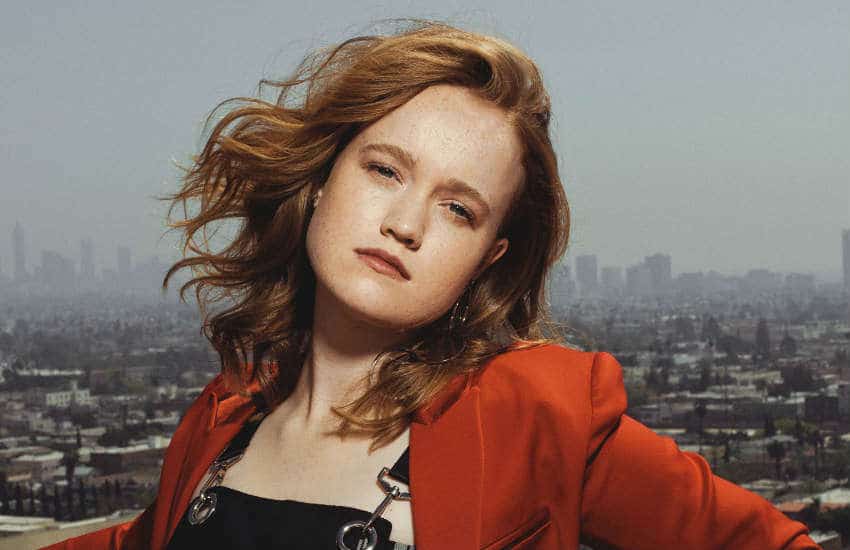 Hewson will star in two big movies, set to premiere later in the year.

Drama film Fair And Balanced has a star-studded cast, including Charlize Theron, Nicole Kidman and Kate McKinnon. The movie will focus on the sexual harassment scandal surrounding Fox News CEO Roger Ailes, who resigned in July 2016.

‘We’re finally at a point culturally where we can talk about things like workplace harassment and workplace power dynamics frankly and without fear and shame. That’s how change happens, talking about those things. That’s why is important,’ said Hewson, who will play a fictional character.

‘Before shooting, Jay [Roach, director of the movie] sent us a documentary about the intricacies of what happened. I realized I didn’t know as much as I thought, I didn’t realize the power this man had and it was really interesting and upsetting.’

‘There are several different love stories and holiday tales and I get to play a lesbian, which is great. Lesbians have Christmas too!’