Home Fun Santa’s been on Grindr to find out if you’ve been naughty or... 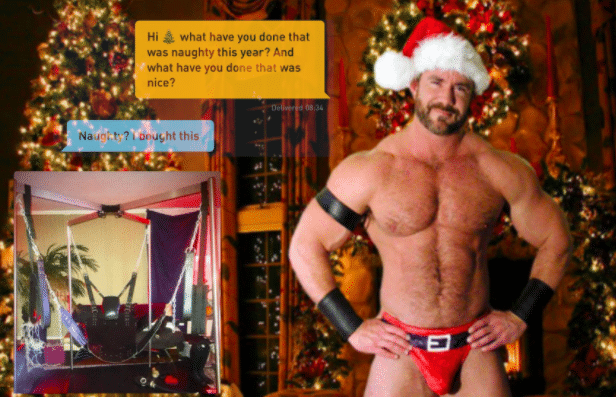 Extremely NSFW: ‘Nice: Bought a motorbike. Naughty: It will be if I f*ck you.’

Santa had a dilemma this Christmas. He was finding it difficult where to place all the gay men on his lists of nice and naughty. To find out more about them, so he could make an informed decision on where they belonged, he took to Grindr in disguise and asked the question that would provide the answer to his problem:

‘Have you been naughty or nice this year?’

We hope Santa didn’t catch you out like some of these guys, who definitely got coal in their stocking…

It started out cute. ‘An OK start’ said Santa. 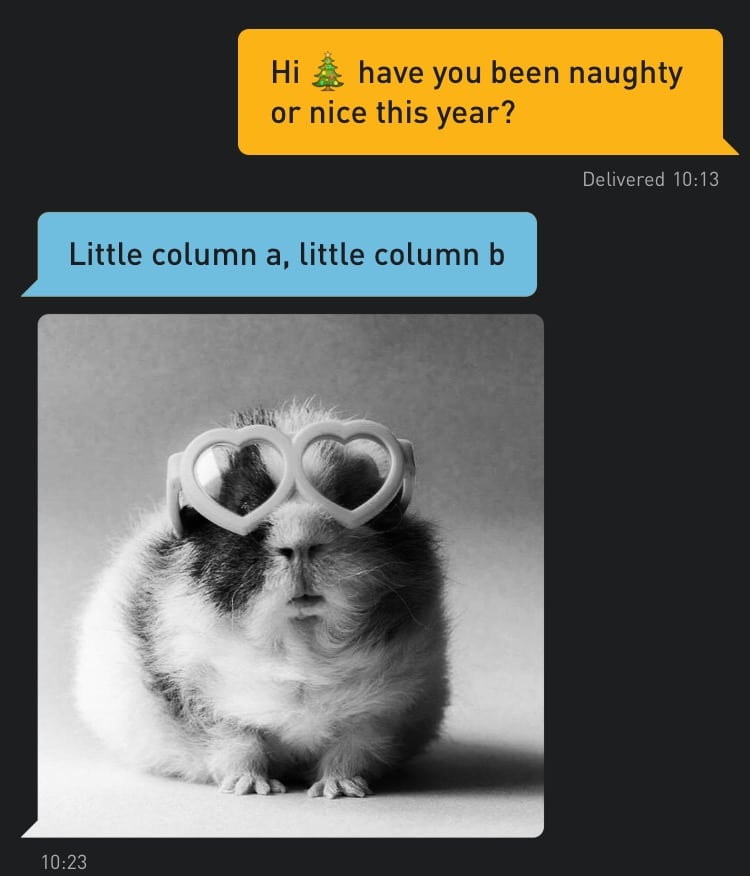 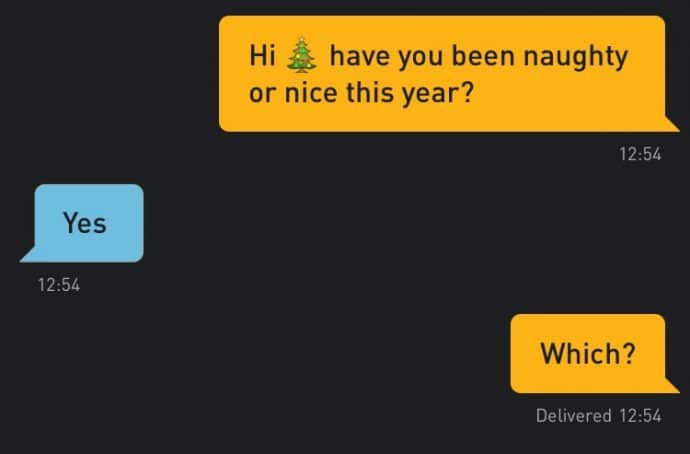 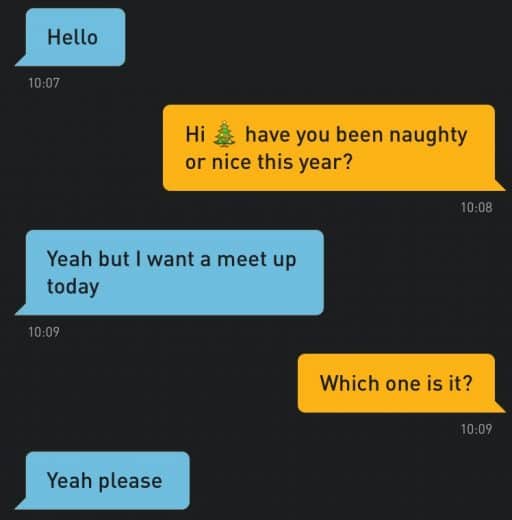 Or have the concept of time… ‘A calendar for this young fellow…’ said Santa. 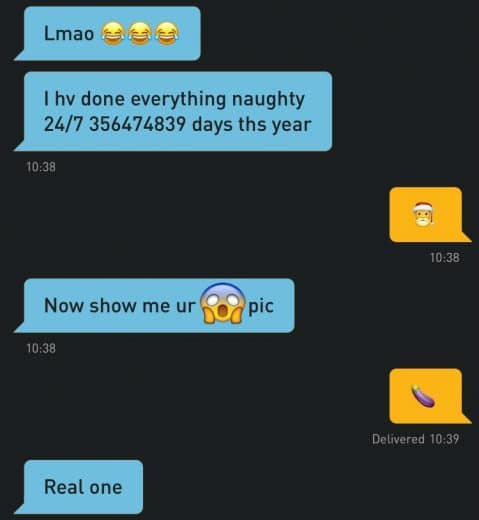 But those who did. Well… ‘WTF’ said Santa. 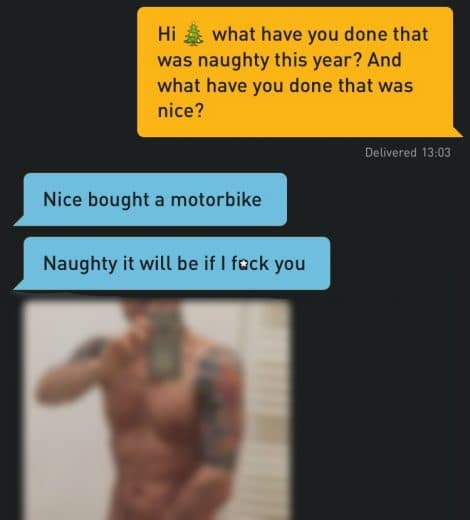 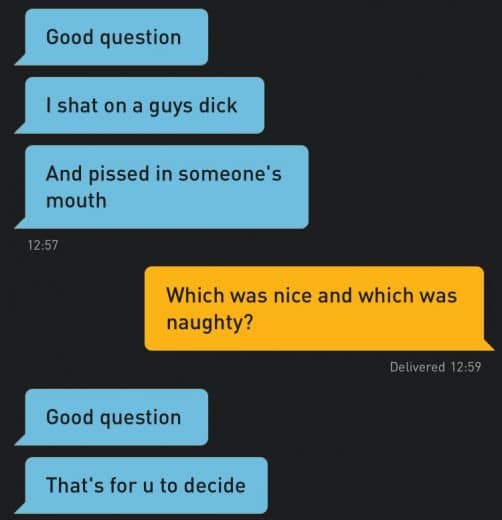 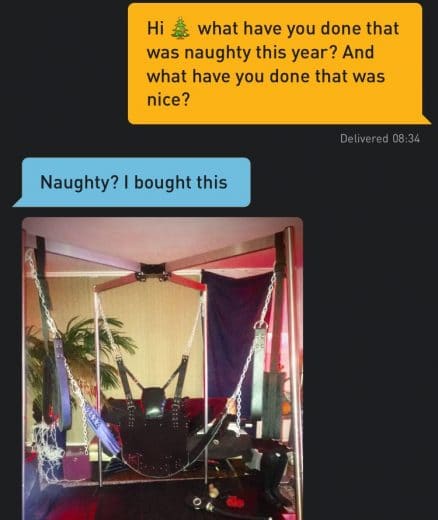 Santa’s face turned ever redder at this one… ‘UNDERWEAR!’ said Santa. 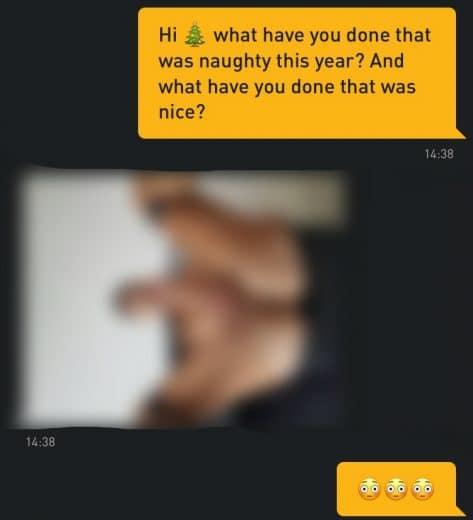 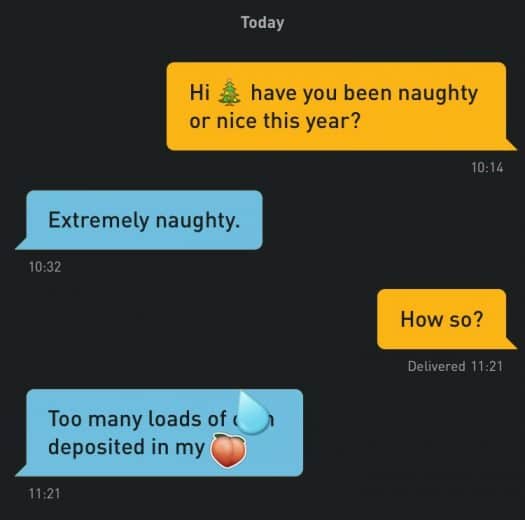 Some even tried to take Santa for a ride! 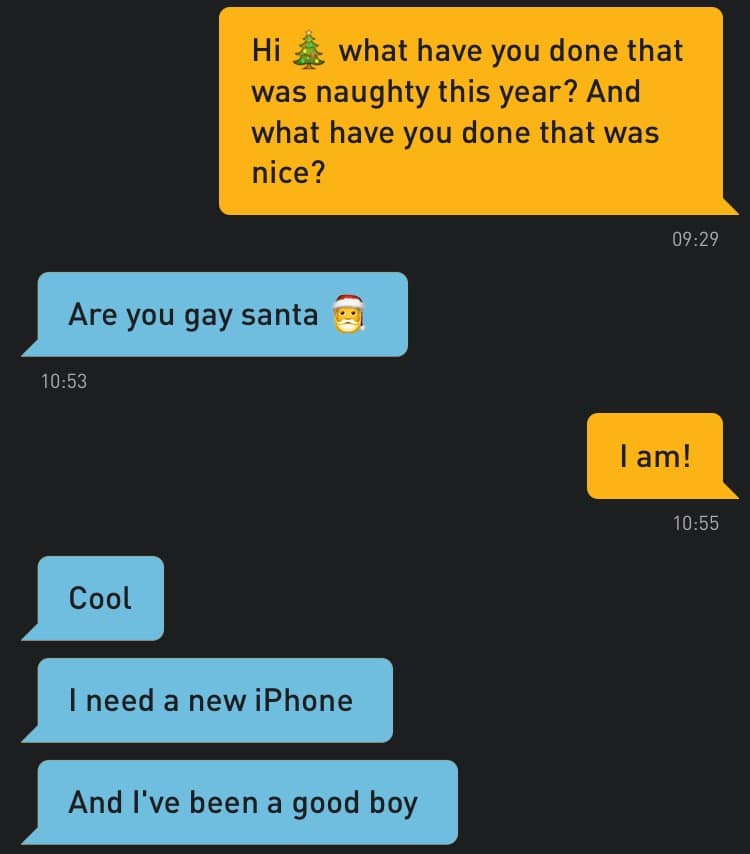 … and make him a client. 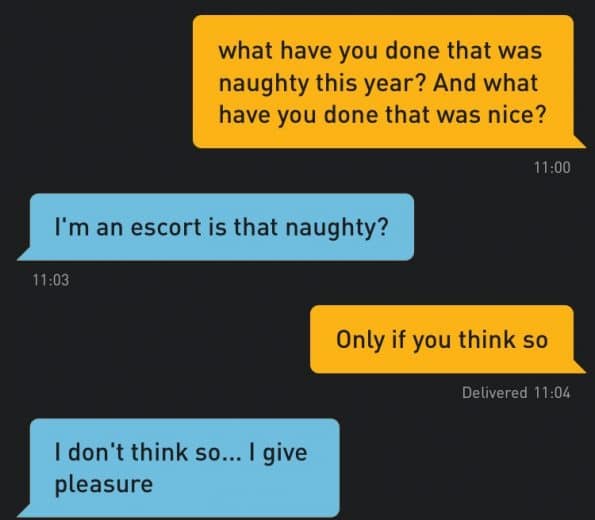 There were a couple who straddled the nice/naughty line… 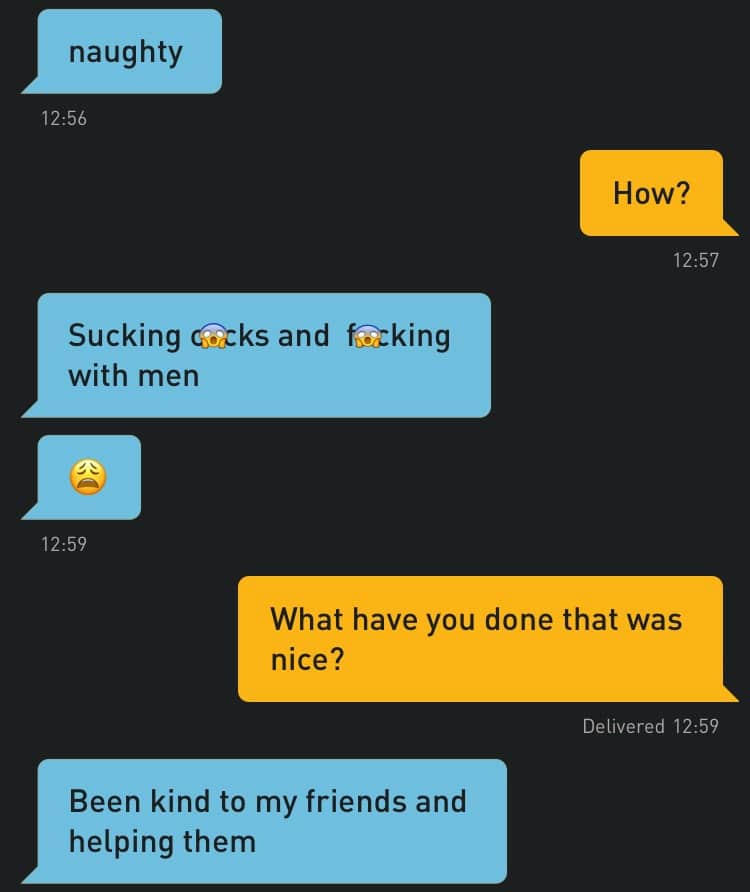 Santa got called out for being a cock tease! 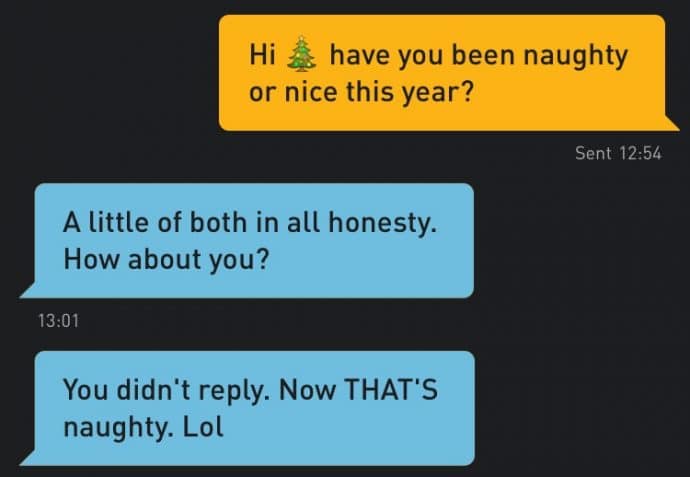 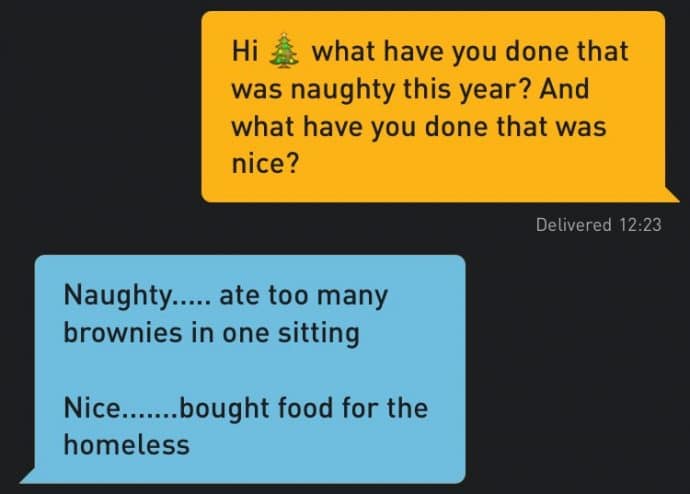 and put him where he belongs, on the nice list.
Merry Christmas! 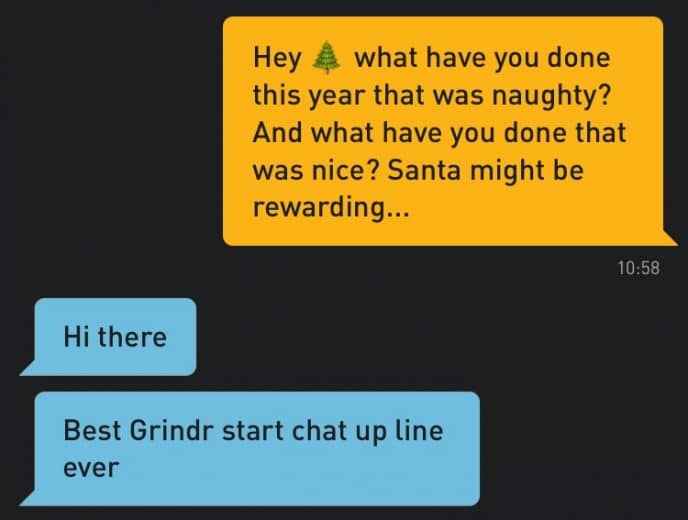 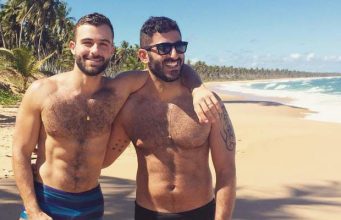 Rissieri & Petros Are Instagram Couples Goals to the Max 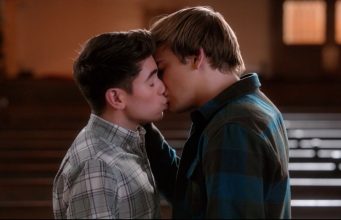 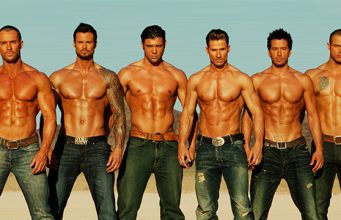