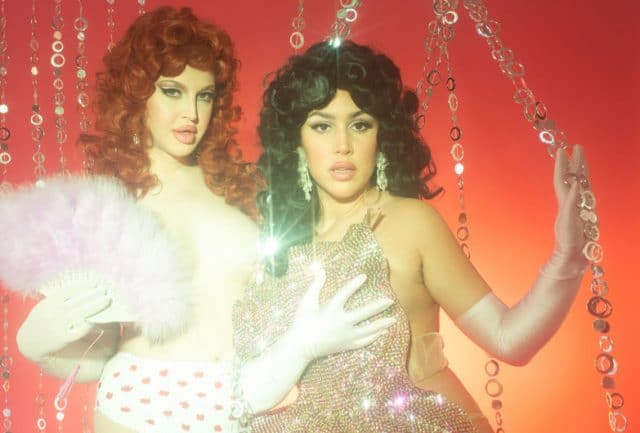 Since then, they’ve released breakout pop bops including fan favourites Finer Things and Blacklisted, alongside sharing their love and life online as they transition into their truest selves. But who and what does Sateen represent for them in 2019?

“People often think we are Instagram models, drag queens, club kids or some other kind of queer entertainers so we’re constantly reminding them that we’re just musicians,” they laugh when highlighting a hurdle of being a little ‘too much’ for some. “It’s ironic because usually musicians struggle to expand their message out of the singularity of music and its performance. For us, it has always been about reducing people’s perceptions of us. Maybe if we took off our lashes and sequins, wiped off our makeup and put jeans on, that confusion wouldn’t exist…but what’s the fun in that?”

Answer: there isn’t any, and Sateen aren’t the type of people to hide away, something band member Ruby highlights so eloquently about her public transition into her truest form. “Coming out and living my truth really has changed that,” she states proudly. “Now that I’ve shed my falsified persona, I feel like all those clogged up ideas can flow freely.”

And it’s that transition which directly impacts Sateen’s music, in a wonderfully real way; no shame, no imposed expectations – and a whole dose of femme expression: “I don’t have to censor myself for fear of anybody perceiving queerness or transness in my art. In fact, I want those themes to be very present in my work.”

Here we talk femme empowerment, trans liberation, and if there’s new music on the horizon for our favourite new femme duo.

Related: GAY TIMES Summer of Pride 2019: The fight for freedom is far from over

How does your relationship influence your music?
Our relationship dictates every part of our lives because we are always together. Just to clarify, we are married. A lot of people also seem to struggle to accept this fact. Because of how we look, most people assume we’re best friends that jokingly refer to each other as “wifey” – like straight girls do, but we got married over four years ago and have been together for six years this spring.

That must impact your music…
While we’re definitely a married music writing duo, we aren’t exactly Captain & Tennille. We haven’t been able to write vapid love songs or bubblegum declarations about our relationship, instead the urgency of expressing how different our love looks and operates than a heteronormative relationship, or how it came to be; those themes have always taken precedence. So in a song like Finer Things, we evoke feminine – purported – superficialities not just as colorful imagery (“diamonds & pearls…”), but to reestablish the meaning of those things within a queer feminine lexicon – not patriarchal or heteronormative. So to a man a diamond is an expensive ring that he buys a woman he wants to marry, but to two femmes who are lesbians, what meaning does that diamond now hold? 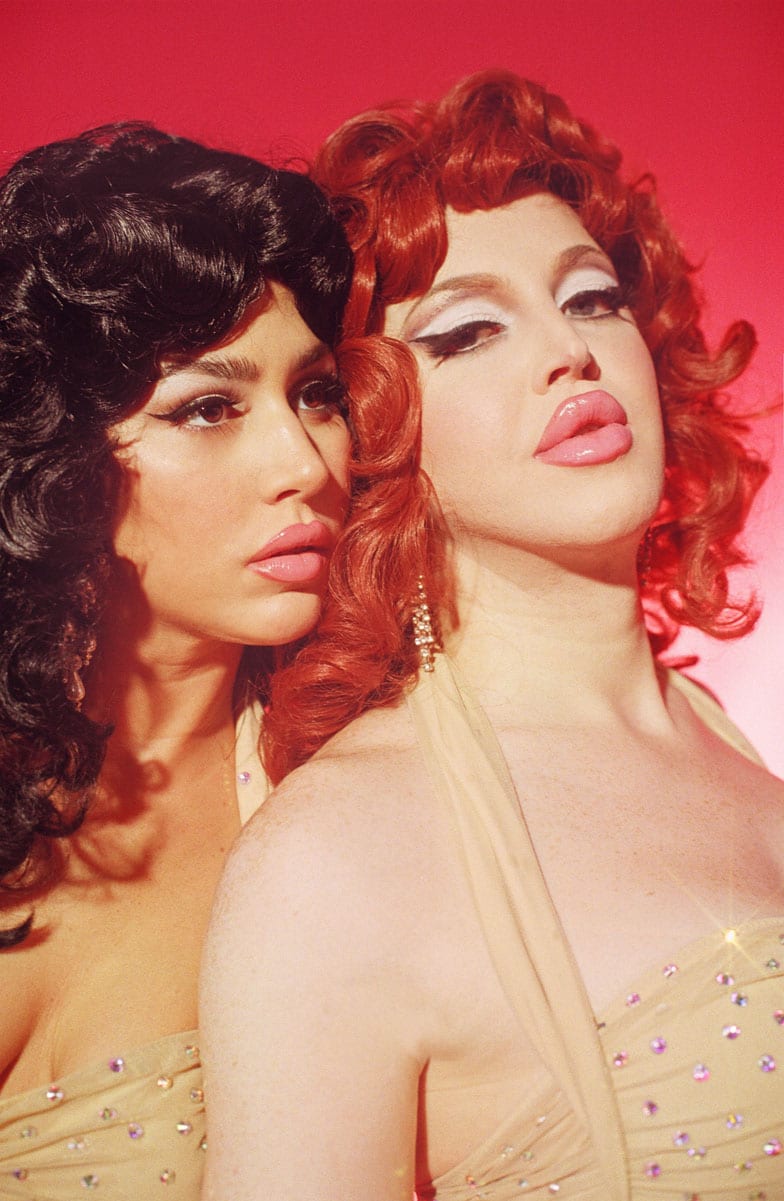 Ruby, how did you coming out as trans change the approach to your music?
I grew up playing in punk and garage bands, I also went to a lot of local punk and hardcore shows. The overall experience was very centered around men. If there were women around, they were almost never in the bands. Their involvement in that scene was typically limited to maybe running a fanzine or dating a band member. As I got older, my taste evolved. I outgrew the narrow scope of what was considered acceptable musical taste offered by the local punk scene I’d participated in, and along with the evolution of my taste came the growth and advancement of my skills. I went from just playing guitar to recording and producing my own music. It was really freeing. I began experiencing music as art. I began thinking of myself as more than just a rock instrumentalist. When I think about transitioning from a cis-passing AMAB into the trans woman that I am now, I hesitate even trying to describe it because it has been so powerful. If I had to, I’d say it feels like everything and nothing has changed. How I approach my musical work is unchanged…in its ever-changingness. Also I know that coming out is only being honest about who you were all along, so, to me, it has been less of a change and more about me being honest with myself about who I am and what I need.

So what has changed?
I think my own inner perception of myself as a woman producer is what I notice the most. Like, I am so hyper-aware that if I had been AFAB, I know I wouldn’t be here today. Not that there aren’t some really amazing female punk artists, or incredible female role models for young femme musicians, but where and when I grew up, if I was a more femme presenting cis girl, it would have been considerably harder to develop the skill set which has allowed me to write, record, produce and perform music the way that I can. If I had been cis, I too probably would have been relegated to running a fanzine, or being a ‘straight’ girl dating some miserable drummer. Instead my cis male experience afforded me so many opportunities that I know I benefit from to this day. It’s a bittersweet reminder of the work that I feel we all must do to alter the pipeline of opportunities for young female – especially trans – musicians and artists.

Has writing about your experiences as a woman allowed for a more authentic creative license?
When I think about my one, most constant and painful recurring thought during the years prior to coming out, it was never only about how I looked or what other people thought of me. It always centered more around how definitive my failure felt, almost like I was a defective electronic device. I knew I would never function correctly, so how could I expect to ever reach any modicum of artistic success? It was like a dead end. I knew then what I still know: I am a woman. I knew I was lying about it all the time. I knew that was always going to clog my creative output. I knew my artistic integrity was under constant attack from my dishonesty. Coming out and living my truth really has changed that. Now that I’ve shed my falsified persona, I feel like all those clogged up ideas can flow freely. I don’t have to censor myself for fear of anybody perceiving queerness or transness in my art. In fact, I want those themes to be very present in my work. It’s like I knew I could only be successful as a gay woman. As long as I continued to live a closeted life, I was condemned to failure, dissatisfaction and unhappiness. And now that I’m living my truth as a gay woman, I know what it’s like on the other side of darkness. I thank goddess every day for granting me the strength to be a proud trans woman. 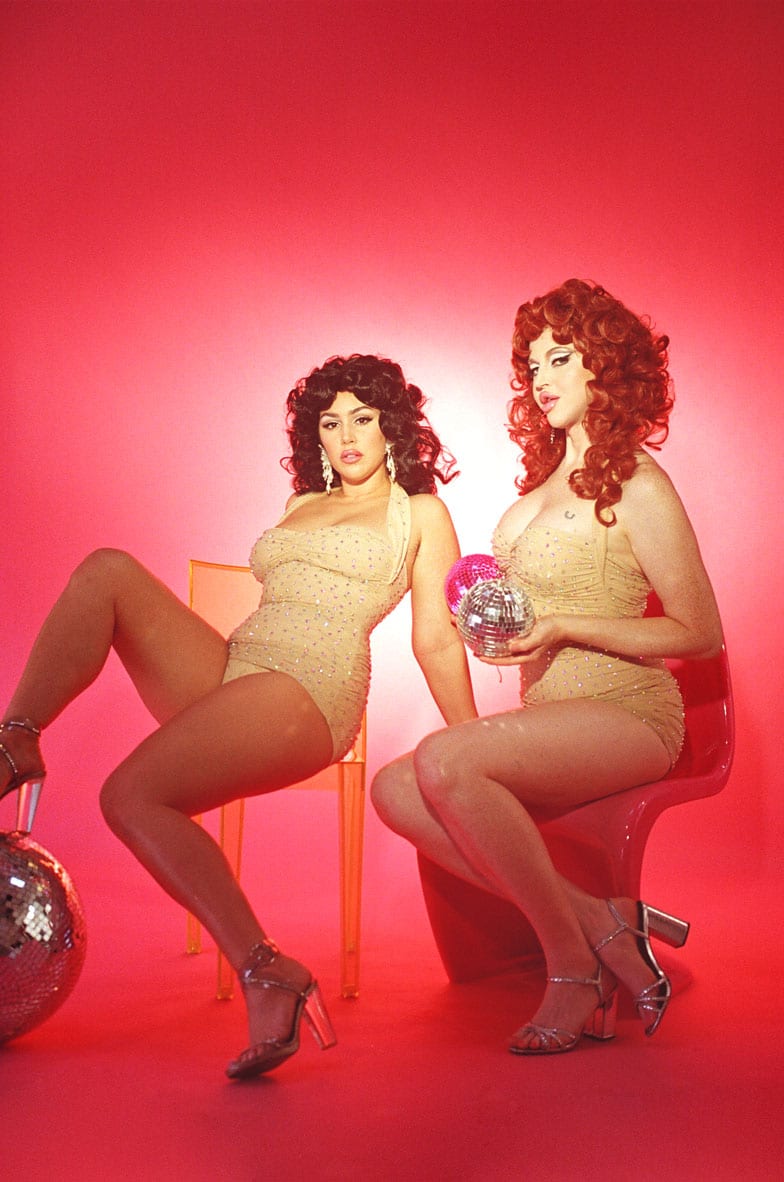 Do you think the music industry affords queer people the same opportunities as our heterosexual peers?
From our perspective, there are attributes that people are born with that afford or deny them privilege. These include, but aren’t limited to, your race, size, shape, gender, religion, sexuality…this list goes on. Obviously sexuality is one of those things that we think can have a deep impact on one’s life and/or musical career, but when you combine it with or compare it against other factors it becomes significantly more or less impactful. For example, if you were a white cis male who identified as gay, you would be following a longstanding tradition of incredible artists like Elton John, Marc Almond, Klaus Nomi, etc. However, a straight black trans woman has very few precedents upon which to model her career – perhaps Jackie Shane? Most people don’t even know who Jackie Shane is and to be honest, she might even have been gay, but it is so irrelevant compared to her blackness and transness. Yet we can muster nothing short of a cacophony of white cis males who are gay and have had illustrious, successful music careers. It just shows how being gay can sometimes help, not hinder you; while at other times, it seems to be completely toxic. Like, we still seem incapable of producing so much as a single viable proponent of so many important voices and identities.

Obviously we’re desperate for new work from you. Where do you see your future and what music you might make?
There is a five-six song EP tentatively called Crystallized that we will release probably later this summer. Along with it we’re going to be releasing a video – hopefully in late May or early June – for a song called Gotta Gimme Your Love which will be from the new EP. If you’ve been to a Sateen show since our tour last fall, you got to hear a couple of the tracks from the EP. We’re really excited and proud of these new songs, and people seem to be reacting really well to them, but we need just a little more time to get everything perfect, so hopefully everybody can be patient. 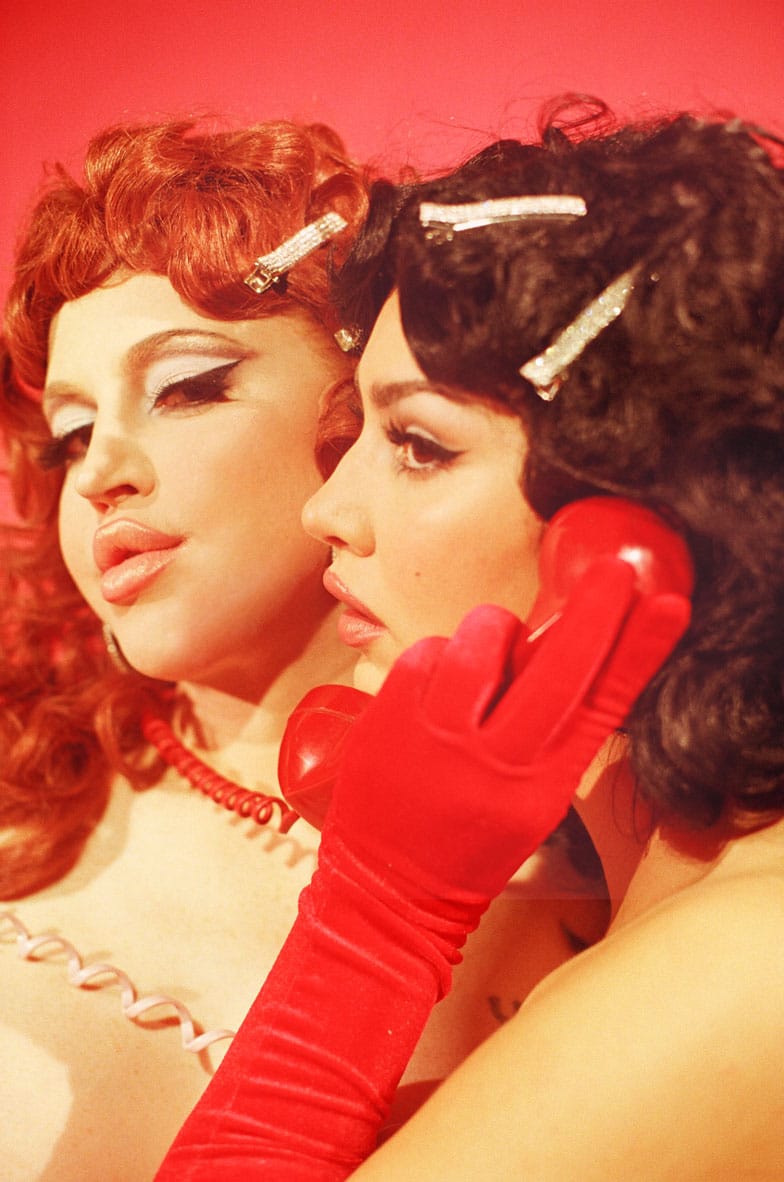 If you had to pick a favourite track from your catalogue, which would it be?
Right now, we’re obsessed with our new song Gotta Gimme Your Love. It’s a disco song about being in a relationship with somebody who is ashamed of being romantically and, especially, sexually involved with you. It’s a really common experience with a lot of the trans women we know, but we also hope it relates to queer people who will only have queer sex but not queer relationships. But the most important message is to sex workers, who obviously have the most physically intimate, yet utterly secret and hidden, exchanges of all. So, the chorus is, “gotta gimme your love, uh huh uh huh” which is just a banal pop chorus, but what we mean is you’ve gotta give me more than just sex – you’ve gotta give me respect. The video is being developed right now and we’re hoping it will be really provocative and glam.

And finally, what’s next for Sateen?
Aside from releasing these videos and new music, we will be touring again with our friends, Mr. Twin Sister. This time we’re going through the southern USA, so we are a little nervous. We’re going to play a show in North Carolina, which we all know the controversy trans identities face there, so that’s definitely a really important landmark for us. After that tour, we have a lot of really fun Pride events already lined up and we can’t wait to be with our queer families around the world. It’s the 50th anniversary of gay pride and – never forget – gay liberation was started by trans woman of colour like Marsha P. and Sylvia Rivera, so every time we take the stage at a Pride event, jumbled into lineups that are primarily cis and often not even queer performers, we carry the weight of these very important women. We hope we can really honour them this year and serve you a heaping dose of divine trans feminine energy.