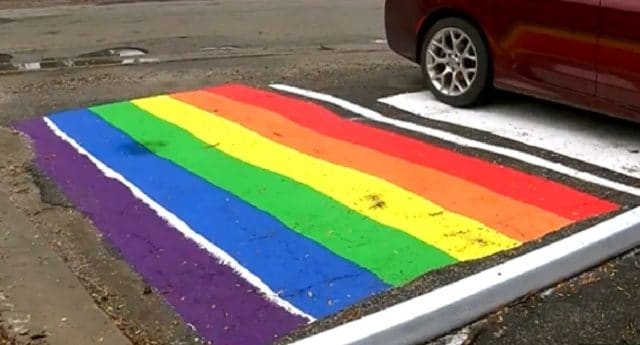 When high school senior Logan Waner painted his school parking space with a Pride flag, he did not expect to end a six-year-long school tradition.

The student, who goes to Marion High School in Kansas, was following school rules in decorating his spot with a rainbow, and even got the design approved beforehand.

Waner said on Facebook that he “mostly chose to paint the flag because it’s simple enough and I’m a horrible artist. 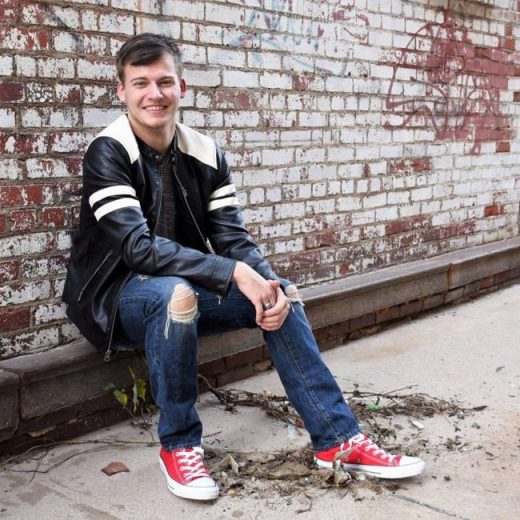 “It described me well enough, so it just felt right.”

However, as the paint was still drying, Marion County resident Chuck Seifert complained about the rainbow to superintendent Aaron Homburg at a school board meeting.

He claimed: “I am not a hater, I have no problem with people, I just don’t like it thrown in my face.”

Seifert took such offence at Waner’s colourful space that he parked on the spot over the weekend so that no one would see it.

Waner was also targeted by a vandal who covered the flag in black latex asphalt sealer the day after its completion.

Pupils attending the school have been allowed to paint their parking spaces for six years.

There is no official rule stating what can and can’t be painted, but Principal Tod Gordan has said that the images cannot be controversial.

The rainbow was painted next to other parking spots decorated with Bible verses, and in one case with President Donald Trump’s slogan “Make America Great Again”. 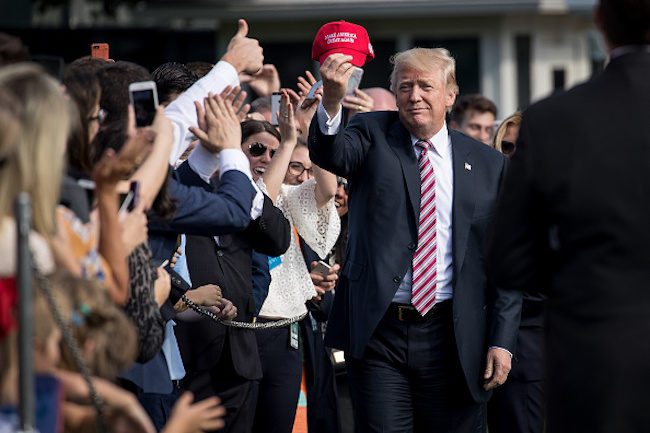 Waner’s school friends and teachers rallied around him, and helped to clear the sealer away and ensure that his Pride flag was visible again.

This clean-up act only served to further enrage certain residents, to the point where a protest was organised for to remove the LGBT symbol.

Other residents formed a counter-protest in support of Waner which outnumbered the original rally, with Waner kissing a male friend at the scene in act of protest.

Despite this show of confidence for the LGBT community from locals, it was decided through a school board vote of 4-3 that students will no longer be allowed to paint their parking spaces.