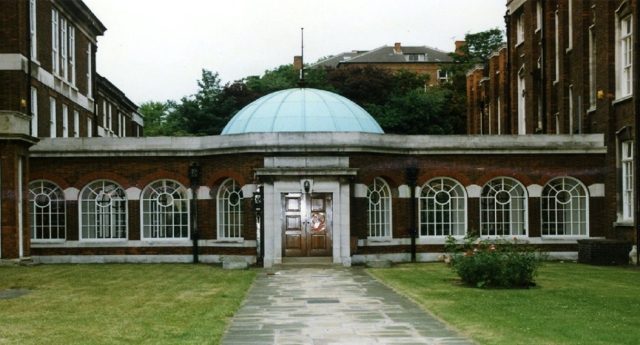 A school that allegedly taught that gay people should be put to death is being closed down.

The fee-paying independent faith school, Jamia Al-Hudaa Residential College for Girls in Nottingham, came under scrutiny in 2014 when a former pupil blew the whistle on practises at the school.

The Times reports that former student Aliyah Saleem says she was expelled in 2011, for owning a disposable camera.

The former student alleged that as part of an Islamic-focused education, pupils are taught that gay men are deserving of death, that men should be allowed to beat their wives, and that God hates Jewish people.

She added: “At least four girls accused of being lesbians were expelled during my time.Teachers and pupils discussed it openly. I remember seeing two girls pack their bags after someone claimed they’d been kissing.”

An Ofsted inspection earlier this year found the school was failing in many areas, including provisions around its faith-based education.

The education watchdog found extreme materials in the school’s library, noting: “Inspectors found that the school does not promote balanced views. Pupils can access books in the library that have been written by controversial authors, for example by one who is not allowed to enter this country.

“Leaders were not able to say how these books supported the school’s curriculum, or how pupils who accessed such books would be helped to understand a different point of view.”

It added: “This progress monitoring inspection found that pupils do not have a secure understanding of the civil and criminal law of England.

It also noted that “The curriculum incorporates Islamic studies for approximately half of each school day.”

According to the newspaper, the Department for Education has this month ordered the school to shut its residential operation.

However, Ms Saleem is less hopeful.

She said: “Jamia closing feels like a drop in the ocean, because these girls will just go to similar Muslim faith schools where they will receive an equally blinkered education. I deserved better. All these girls deserve better.”