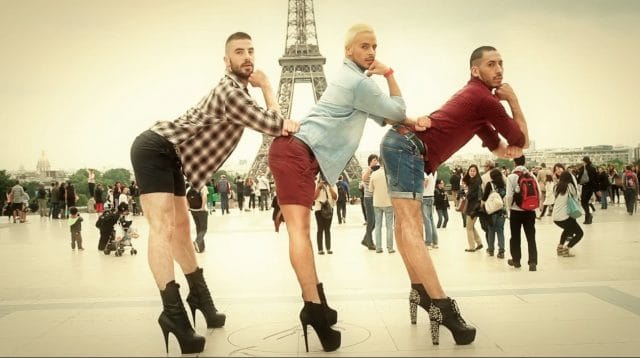 This article is going to hurt

Before diving into it, let’s define what a beta male is. I am sure a lot of you already know the definition. The beta male is the opposite of the alpha. It is the prototype of the guy that lacks that determination and that masculinity that could potentially qualify him as an alpha, a leader. Beta males are, by definition, lacking proper testosterone, causing them to be insecure about their masculinity.

So, homophobes are beta males. The more aggressive a homophobe tends to be towards the LGBT community, the more of a beta male he is.

Studies have confirmed this tendency

Robb Willer, a sociology doctor at the University of Cornell, elaborated a study in 2005, discovering that “if you made men more insecure about their masculinity, they displayed more homophobic attitudes, tended to support the Iraq war more and would be more willing to purchase an SUV over another type of vehicle”.

But this is not all. A 2015 study uncovered even more interesting aspects regarding homophobia. It turns out that this behavior is linked to a certain degree of psychoticism and it is evidence of immature defense mechanisms and this is a characteristic mainly prevalent in men. Psychoticism is not the same as psychosis, as the first only describes an anti-social and aggressive behavior, without the rest of the symptoms psychosis comes with.

If you think about it, it is a bit ironical that homosexuality was regarded as a disease a while ago.

Homophobes are more than meets the eye

If you will, there is a certain pathological aspect involved in defining homophobia. This is because homophobia doesn’t come alone, but it is part of a larger problem, with several symptoms of its own. According to Gregory M. Herek, working as a Psychology Professor at the University of California, homophobes are:

Apparently, homophobia is more than just a trait. It is a symptom among other several symptoms, making up for a lot of behavioral problems.

You don’t recognize an alpha by his ability to impose his will or power on others, but by his determination of not doing it. An alpha does not need constant gratification as he already knows he is what he is. It is only a beta male that needs to feed on the false validation by bullying those around them. An alpha would never do that.

And, as a matter of fact, it has been discovered that a lot of homosexuals have a lot more testosterone levels than some of the most ardent homophobes around. Which is funny if you think about it, because it is homophobes targeting gays by calling them pussies. Right…

So, for all you betas out there, go to the gym, get pumped and get your testosterone flowing. It turns out it makes you stronger, smarter and more calculated. Kind of how a beta homophobe will never be.