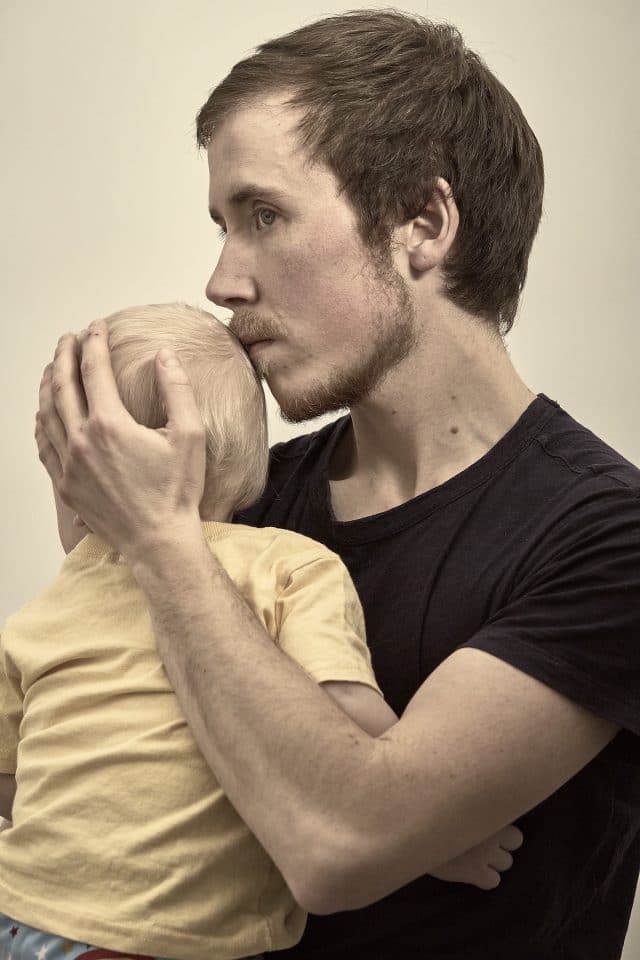 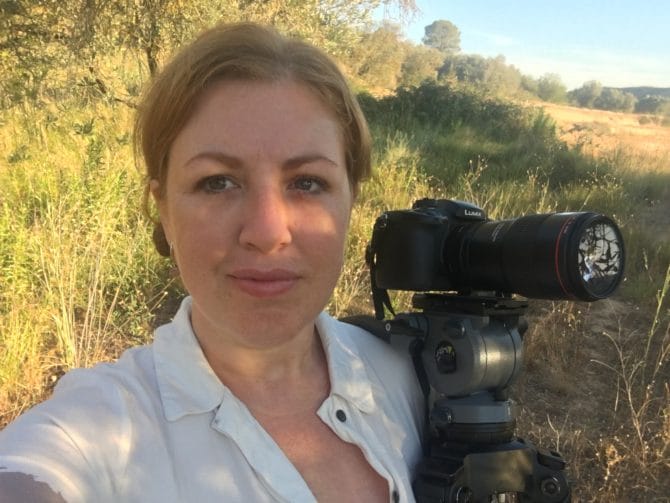 The UK-based documentarian has chronicled fake hip hop stars in The Great Hip Hop Hoax, Elvis impostors in Orion and even the appeal of goth culture in Goth Cruise, all without judgment, and all while balancing motherhood on the side.

This year, Finlay adds another distinctive subject to her filmography with Seahorse. The film follows a British transgender man named Freddie McConnell who decides to conceive and give birth to his own child. Finlay’s camera catches every tumultuous moment, from Freddie’s hormone treatment, to the social stigma around a pregnant man, to the birth itself with unflinching focus.

Seahorse premiered at the Tribeca Film Festival earlier this year. It plays at Frameline, the San Francisco-based queer media arts foundation, on June 29, and at Outfest in Los Angeles July 21.

Queerty caught up with Finlay on a break from her latest project–a documentary on the show Game of Thrones–to chat about Seahorse and the reception to its subject matter.

Freddie found me. He was meeting with directors because he knew this was something that he wanted to do. I just went and met him in a pub. It was also sort of set up by The Guardian. Freddie is a journalist, he works at The Guardian. And he knew this was something he couldn’t do by himself. He wanted someone else to tell the story. So he met with lots of other directors, but to use Freddie’s words: “It didn’t feel right until it did.”

It’s interesting. The thing that was really appealing to me in the story was about the unknown, a leap into the unknown. It really made me think about what it felt like when I was pregnant. I wondered how that experience would be different for Freddie as a trans man, what that could mean for him. It felt like there was an open future ahead of us, and that felt interesting. So told him, “If I do this, I’m all in. So are you ready to go all in?” He said he was. And I certainly don’t think either of us really comprehended how hard it would get.

I guess my films are the opposite of tabloid. Seahorse is the seventh feature I’ve made. So this is not my first time at the rodeo. I’ve sort of made a career out of telling small stories quietly—shy people telling small stories quietly. I was told at the beginning of my career that was just sort of commercial death. But I actually believe there is a different way to tell stories that aren’t really “headline-y.” You’ve got to respect the person you’re making a film about.

It was really important for me at the very beginning to talk very deeply with Freddie about the tropes in the way trans stories have been told in the past that have been very hurtful. It was really important to me that we work with the BBC also. There was another broadcaster that was very interested in the story as well. I knew if we worked with them that I wouldn’t have the same sort of autonomy [as with the BBC] and I wouldn’t be able to keep the promises I made over things like the title of the film, or things like not including Freddie’s dead name in the film, or not doing all those cheesy before and after transition photos that you see in films that treat transition like a biological magic trick. 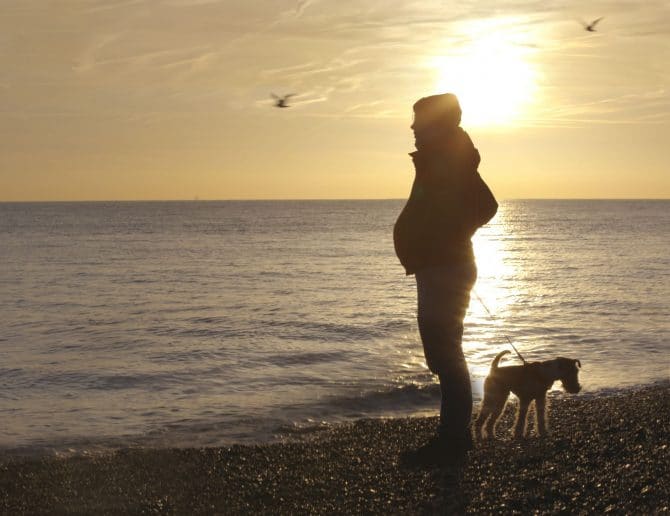 So I did a lot of research and just thought how do we do the opposite of that? I didn’t want to linger too much on transition. I tried to get that out of the way in the first two minutes of the film so it’s easier to just go, Freddie’s a trans guy. What does that mean for pregnancy? The rest of the film is sort of, you know, extraordinary but also really small and domestic. Our lives are roller coasters, aren’t they? It seemed really important to try and reflect that.

Oh yeah, I asked him about that. I think he believed when he transitioned, he would put fertility on hold forever. It was only through joining private groups on Facebook in his community that he was able to discover this is a thing. There are “seahorse dads” all over the world. You’re told, in this country, that if you take testosterone that’s it—you’re infertile. He sort of realized that’s not true. So part of it was that.

I think there were three things: one, to let other trans people know this is possible. Number two is that Freddie realized he was trans because he watched a documentary and saw himself reflected on screen for the first time.

We talked a lot about the idea that documentaries can be empathy machines. They can do that. Then, I think lastly, he wanted there to be a greater understanding to be trans, not just as a headline, but what life looks like. He uses this quote: “Prejudice doesn’t survive possibility.” He had this idea that doing a 90-minute movie would be like spending 90-minutes with someone who is trans. Some members of our community might not have ever met someone who is trans, or may not have known they met someone who is trans or may be afraid to ask the questions. So a film could be a surrogate to do that.

They didn’t actually. I went to a lot of medical appointments with Freddie. What’s quite interesting is the first hesitation I felt was with an endocrinologist at a gender clinic. What’s happening in the UK is that the knowledge around the fact that trans men can get pregnant and are now able to do that is not widely known. If you then go down that road…Freddie’s endocrinologist was great in terms of outlining what might happen, what to expect, when his period might return, when his fertility might return. But then also, as someone who is available for NHS treatment, he would get the same care as a cisgender woman.

It was amazing. I guess the thing that is sort of problematic in the UK is that the NHS is a closed lottery. So the center where Freddie gave birth was amazing—a brand new birthing center with a pool and great staff. I watched with envy because where I gave birth was not that. At all.

I’m making a film about Game of Thrones at the moment. The guys from HBO came over to visit last week. We were in the edit suite and we were talking about healthcare. They told me how much they pay for healthcare every month, and my jaw was on the floor. I can’t even. 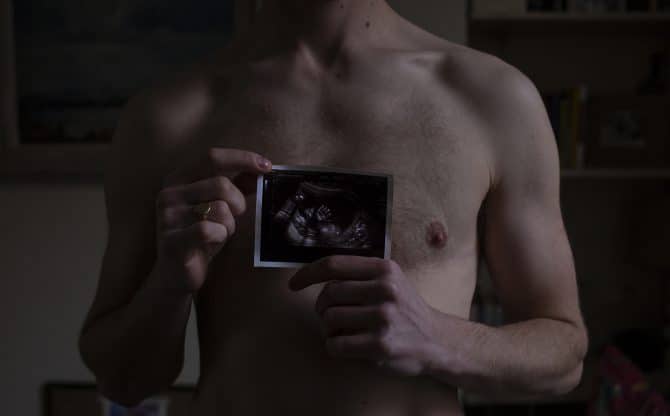 I guess that’s the job of a documentary filmmaker. The job is, when it gets uncomfortable, you don’t put the camera down. You get closer. That’s something that becomes more ok as you get older. But also, I think partly, when you’re editing you know, These are the things I need from the film. However, if someone was in danger, I would put the camera down. If I can make a difference, I would intercede. However, my responsibility for Seahorse was to show the whole story. Freddie’s the one that brought up filming the birth, and it was something he always wanted to do. So because his dysphoria returned with an absolute wallop, I would say he had it harder than some seahorse dads have it. Then he’s hanging around with a camera as well. It was not always great for him at all. But he was always clear minded that I was filming the birth, and that I was written into the birth plan.

However, there are boundaries around that. This is a film made with a lot of risk. We didn’t know if his periods would return. We didn’t know if he could get pregnant, if he could carry a baby successfully. We didn’t know if he could have a camera for the birth. The hospital said “no,” so I had to go down and show them the camera and tell them it would just be me filming. We knew that when he went into labor if he had a complex birth, I wouldn’t be able to film it. It was all these “ifs” and “maybes.” But then when it came time to film, it all sort of happened. I kept thinking do I have the shot, then my emotion took over. I was crying because a baby’s been born, and I was wondering if it was in focus. It’s very complex.

My feeling is that Freddie has the experience of being pregnant as a man, and that’s a different experience. The simple take away I want people to get from the film is that Freddie’s a man. He got pregnant. He had a baby. There was not a single point in that experience where he was not a man. He was male at all points. That’s a simple but very revolutionary idea for middle America or middle England. It’s challenging, but why not? And the thing is, every birth is different, even if Freddie’s is more different than most. He felt compelled to hide away. When I got pregnant, I was offered congratulations. It’s quite interesting the process of doing Q&A’s and press with Freddie. A lot of people have questioned his choice to carry his own child, and not use adoption first.

That was the point where I usually step in and say “When I had my daughter, nobody asked me why. I just got congratulated.” I understand the urge to want to get pregnant and have a baby. 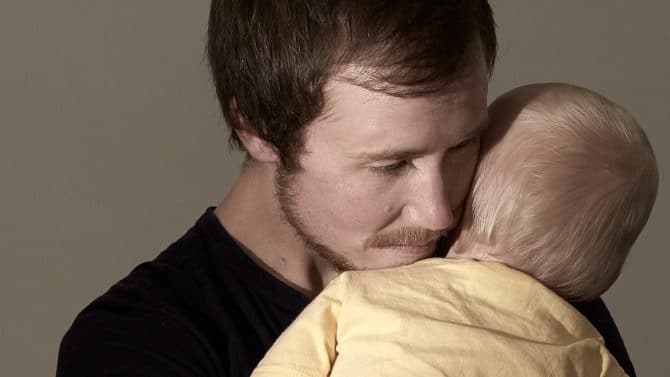 I guess all the films I’ve made are all about subjects I couldn’t stop thinking about. So Orion, The Great Hip Hop Hoax and Sound it Out are all a little trio of films about locating the grit under the glitter. They’re all about what makes us human. The Great Hip Hop Hoax is about lying and how if you lie every day of your life, what’s left of your humanity? With Orion, it’s a man who sold his soul for success and wore a mask as someone else. Then Panto and the Game of Thrones film are about backstage vs. onstage—what happens behind the scenes. I guess the thing all of them have in common is they are characters who aren’t alpha, but they are all people who know who they are. I’m really interested in giving a voice to people who normally don’t get to speak. There’s something really amazing about making films with quiet people. They haven’t told their stories a million times. They’re finding truth in the moment, and that’s really intoxicating as a subject.

They’re going amazing. They’re really cool. We had our European premiere a few weeks ago, and it’s a bit of a shame that we’re not getting to go to all the big festivals—Frameline, Outfest, Provincetown, Toronto. But he’s great. Recently, Freddie’s baby and my baby—who’s 15 now—got together. That was lovely. Really nice.

I’m really enjoying sharing this journey with Freddie. Making the film was hard, and I don’t want to undersell that. It was one of the hardest things I’ve ever done. But taking all this out into the world is a joy.

Seahorse plays at Frameline43 June 29, and at Outfest in Los Angeles July 21