Home Gay Life Searching For Intimacy In A Sea Of Hookups 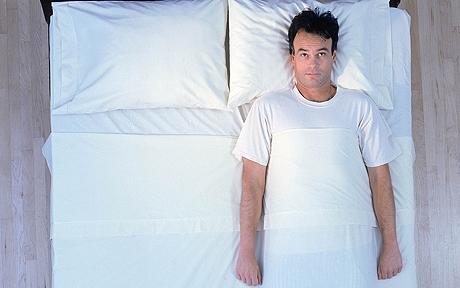 In a new op-ed titled I’m done with flings, sex is off the agenda if it doesn’t come with romance, blogger Topher Green says he’s done with having casual hookups. He’s done bottoming for strangers. He’s done wondering “Is it okay if I put my hand there?” He wants real intimacy. He wants romance. He wants love.

“There was a period of my life where I hated my body,” Topher continues. “I would keep as many items of clothing on during sex as possible.”

“I once had sex wearing a hoody and denim jacket,” he overshares. “Yes, it was very uncomfortable. My keys and phone kept falling out the pockets.”

Topher says that he was ultimately able to overcome his body image issues by getting naked with as many people as possible.

“The more I hooked up with different guys, the more I realized guys do find me attractive,” he says.

But his problems were far from over.

He soon realized that, while his body image issues may have been cured, the sex left him feeling hollow and unfulfilled. Often he wanted to carry on romantic relationships with his lovers, but they were only ever interested in having a one-time thing, which left him with “the worst feeling ever.”

Not to mention, it wasn’t any fun.

He continues: “I want more, I want intimacy. I want to wake up the next day and spend the day together, making stupid jokes. I want to cuddle and dish out affection. I want to be able to look disgusting when I wake up without fear of judgement, rather than having to sneak off, shower, brush my teeth and fix my hair before they wake up.”

So, he says, he’s swearing off hookups.

“I’m past having to suffer the awkwardness before casual sex,” he proclaims. “I’ve had my fun, but I’ve had my fair share of hurt and disappointed [sic] too. I no longer want to fool around, not unless it’s heading in a serious direction.”

Quick! Someone get this man a chastity belt!