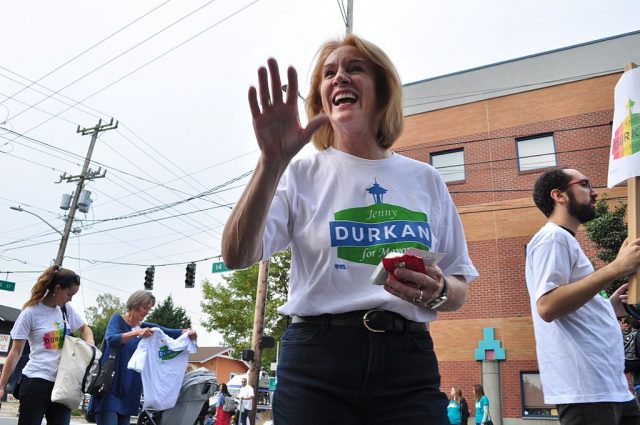 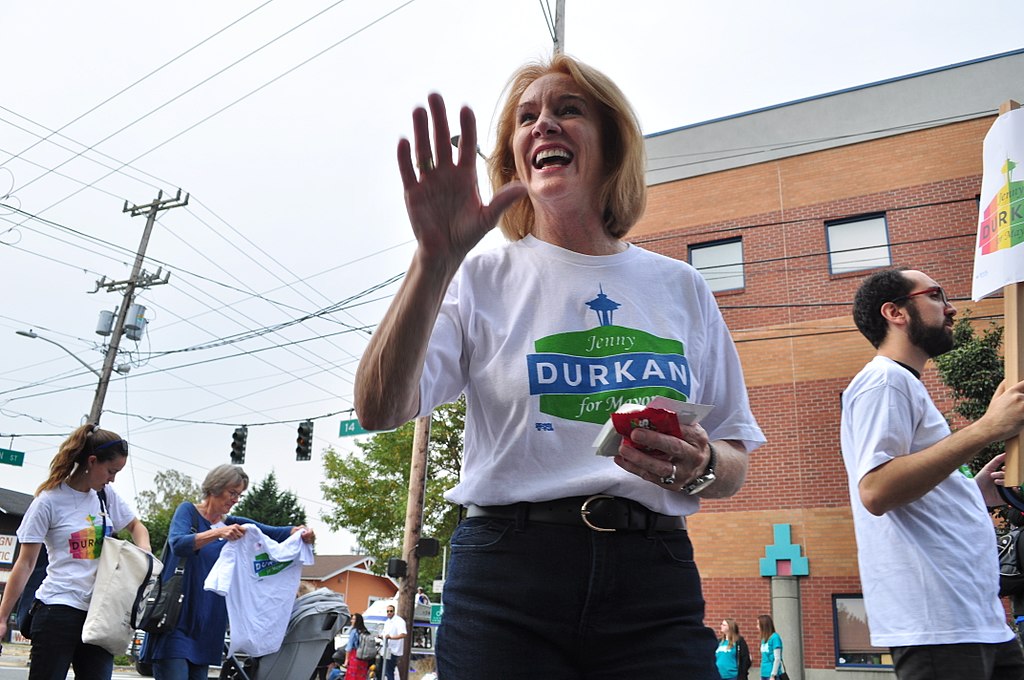 The question is more like: How hasn’t she contributed? Durkan grew up outside of Seattle, the daughter of a Washington state senator and a newspaper editor. She spent her early career teaching English and coaching girls basketball in a Yukon fishing village in rural Alaska before getting her law degree.

Her legal career has been defined by her progressive values: fighting for victim plaintiffs, defending journalists called into court by the government, focusing on police reform and sentencing guidelines. In 2009, President Obama appointed her U.S. Attorney for the Western District of Washington – the first openly gay person to be appointed a U.S. Attorney. Her district encompassed 78 percent of the state population, and she got right to work creating a civil rights department within the district and pursuing an investigation in the Seattle Police Department’s excessive use of force.

In 2017, Durkan ran for Seattle mayor on a platform built around alleviating homelessness and building more affordable housing. She won 60 percent of the vote, making her the city’s first lesbian mayor. Earlier that year, you could find her at Sea-Tac Airport, assisting families who had arrived legally but were under threat of separation during President Trump’s first cruel and idiotic Muslim travel ban.

This past April, she went on Hardball to argue against Trump’s proposed “sanctuary cities” plan for immigrants. As we write this, Durkan is making news by protesting the U.S. Navy’s training exercises in Puget Sound, attempting to protect the endangered whales who would be harmed from the use of sonar and explosives.

Durkan has two sons with her partner, Dana Garvey, but we won’t likely hear her coming-out story any time soon. As The Stranger noted in a recent profile:

It’s refreshing to find a leader who has so gracefully integrated our causes into the broader progressive movement in Seattle and across the country. Indeed, Durkan sees a critical link between the two, taking the holistic stand that to advocate for the rights of any vulnerable group is to advocate for all.

As she told the crowd at the Seattle Pride Awards last year:

Unsurprisingly, Durkan will be one of the grand marshals for Seattle’s upcoming Pride parade on June 30. Good choice, Seattle.