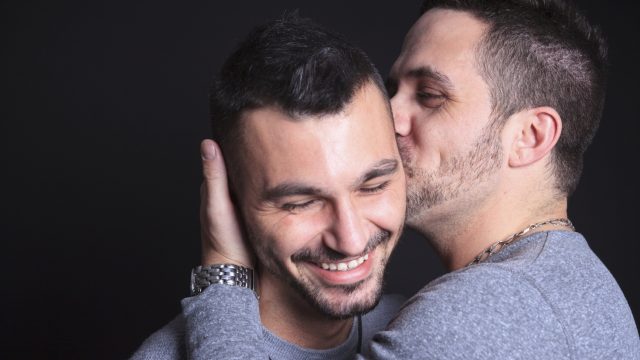 Hello again, fellas! You know the drill, we are going to go through this week’s novelties and we have to admit that there have been quite a few memorable ones. Just like we do every week, our interest is solely to keep you up to date with everything new taking place in the LGBT world and we are spending no expenses to do so.

This being said, here are this week’s most interesting titles.

Men get to establish what ideal penis size means: You all know where this is going. Size has always been a hot topic when talking about straight relationships, but who said it is not equally important for gay couples as well? As it turns out, it is. Which is why two guys, apparently one of them straight and the other gay, get to try on a porn-worthy rubber penis, in order to reach the size they have always dreamed of. Want to see the result? Check out the video here:

The existence of patriarchy in same sex couples as well: There have been several tests involving straight individuals, who were asked what role should a woman play in a relationship. Most of them of the respondents agreed that a woman should take care of household tasks, like cleaning, cooking, washing, taking care of the children and so on. It is a natural point of view, a stereotype we seem to be unable to let go. However, who would have thought that the same goes for homosexual couples? If this sounds like a surprise for you, check out the statistic results here:

Steve Grand and his speedo story Okay, so you all know Steve Grand, right? You have all seen him and most likely heard him sing as well. But have you ever seen Steve in a speedo? If not, this may be your last chance to do so, because he dressed up in one while he sang at a gay bar opening. This is absolutely priceless, believe us. Have a look on your own: The famous actor had a lot to deal with in the past. It was more than once that his sexuality became the hottest topic in the media, but there were always just rumors, nothing clear, nothing absolutely rock solid. However, it seems like recently discovered documents shed a new light on the matter and Will’s sexuality has once again hit the spotlight. Check out the full reveal here: Like father like son, you could say, but let’s not go that far. It was merely a role Jaden plays in the upcoming Netflix series “The get down”. But you cannot ignore the candor and the sensible touch the actor brings into the light when the romance between him and Noah Le Gros hits the screen. Do not forget to check the hot pics here:

Guy had sex with 365 different dudes over the course of one year: If you did the math right, you will know that that means he had sex every day with a completely different guy for an entire year. If you think it sounds like torture, then you should not be surprised that the guy hated the whole experience altogether. So why did he did it then? I guess it is called art, as he put it. No idea, to be honest, so check it out yourself and give us your thoughts:

Straight guy chose his gay brother as a sperm donor This one is as wild as it sounds. Since he and his wife were constantly failing at having a natural child, what other better alternative could have they found except reaching for a sperm donor? And what donor to choose other than his own gay brother? Was it a smart move or not? Feel free to check it out here:

This is it, guys! These are this week’s hotspots so, until next time, stay focused and stay gay!