Home Gay Life She Watched Her Boyfriend Have Sex With A Guy. Now, The Spark... 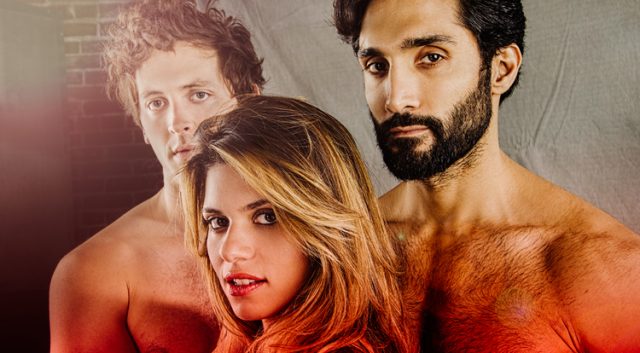 Sometimes an open mind is all you need to tear your life asunder. A young woman thought she’d see how the swinging side lives, and found herself in gooey unchartered territory that turned her every waking moment into a steamy cesspool of uncertainty.

They wanted to try this experiment with a stranger, so they found a guy online. Things started off awkward, then they got hot. And then they got soul-bendingly awkward.

Things have changed. Now she feels “really conflicted.” She didn’t think he was “that type of guy.” It’s all been “incredibly jarring”.

“Seeing him laying there on his back, quietly moaning, while being penetrated by another guy… it was just… not attractive?”

Now it’s been three weeks and she “can’t get the memories out of my head.” She’s having trouble seeing him the way she used to. As Bat For Lashes once asked, What’s a girl to do?

“Bad communication led you and him there,” scolds LV106.

Invader_zero agrees. “You really should have discussed boundaries before you did anything.”

“If you leave him just known that you’re not wrong for doing so,” says WillWorkForLTC.

“It comes off to me as a little homophobic,” says wantsemall. “Sort of a ‘oh, he’s not one of those kinds’ vibe. There might be a good opportunity here for you to unpack how you feel about that.”

Anyway. Obviously threesomes can be consciousness-raising adventures in self-exploration and even reinvigorate a relationship that’s getting a little pain-by-numbers. They can also be meh, whut, orblecch. And sometimes they’re a good way to weed out garden-variety narcissists and sociopaths, who can be relied upon to use triangulation as an airy ploy to keep themselves at the center of attention and turn everyone into a big mess.