A typical night at one of San Antonio’s gay watering holes, Pegasus Nightclub, turned into a nightmare for patrons. According to My San Antonio, a customer was kicked out of the bar around 12:30 a.m. on Monday October 8th and returned shortly after and opened gun fire on patrons outside of the bar near a taco stand. Two men and one woman were struck by the gun fire that sent San Antonio’s gay strip running in a frenzy. According to San Antonio Police Chief William McManus, the man, in his 40s, had apparently had too much to drink and it appears he returned to retaliate. The suspect remains at large.

Two gentlemen were getting food. A man behind them said it was taking too long, called one of the gentleman a name. They started to argue and fight security broke it up, escorted them out. One of the gentleman went to his car and got a gun, stood at the corner and fired three shots. 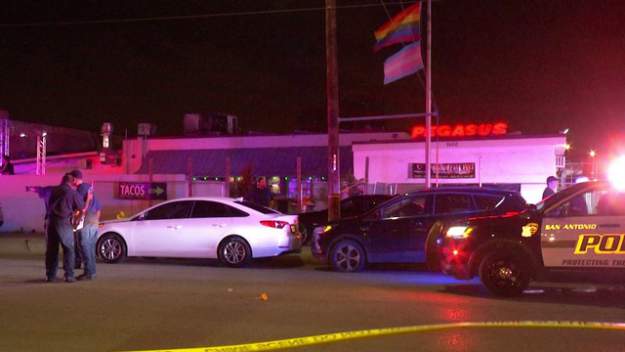 The victims of the shooting, who are all in their 20s, suffered non-life threatening injuries and were transported immediately to Brooke Army Medical Center. They are expected to make full recoveries.

The incident is under investigation, seeking camera footage and questioning any witnesses. It is not known if they shooter had any direct relationship with the victims.

Pegasus Nightclub offered their sympathies to their patrons and everyone involved: