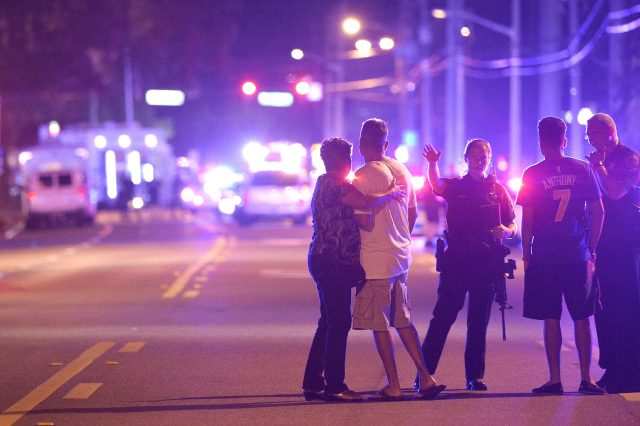 Another shooting occurred at a gay bar, this time in Albany, New York. It does not look like a hate crime or a hit on the gay community in general at this time.

ALBANY, NY (NEWS10) – There was a call of shots fired early Thursday morning around 2am at The Rocks Bar on 77 Central Avenue in Albany.

When officers arrived, they learned that four people had sustained gunshot wounds while inside the bar.

One of the male victims died as a result of his injuries at Albany Med.

The other three victims, one male and two females, were taken to Albany Med with non-life threatening injuries.

At least one person was seen being taken into custody.

At least five or six Albany Police cars are still on scene investigating. Police have been going in and out of the bar that has since been shut down. – news10.com

Police believe that this was not a random attack and the incident remains under investigation.

“The one thing we want to let members of our community members know, especially the members of our LGBT community know that this is not a random act, this bar was not targeted for any specific reason.” said Steve Smith, a spokesperson for the Albany Police Department. – twcnews.com

With this statement, it seems a specific individual or individuals were targeted and not the establishment.

The identity of the victims have not been released. The Albany Police Detective Division is asking anyone with information to please call (518) 462-8039.

Our thought are with all affected.