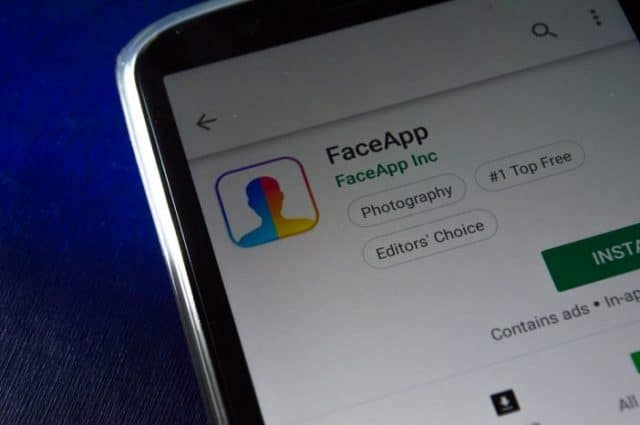 FaceApp is one of the most popular apps in the world right now, but privacy advocates are raising concerns about the information that it’s collecting. The app, which was developed by the Russian company Wireless Lab, lets users modify pictures of their faces to make them seem older, younger, as another gender, or hotter.

But the data stored in the app isn’t as private as some people could think. The app uses a Facebook login, giving it access to users’ pictures, names, email addresses, and contacts – and the app’s privacy policy doesn’t really help.

Russia is is one of the most notoriously anti-LGBTQ countries on the planet. The country has helped to cover up the genocide of gay men in the Ukraine and Chechnya, bans “propaganda of homosexuality” including books, children’s drawings, and internet memes, won’t allow pride parades, and regularly arrests and persecutes LGBTQ activists. The country’s nonstop attacks on LGBTQ people led to mass protests of the 2014 Winter Olympics in Sochi over safety concerns for queer fans and athletes.

The U.S. has become more concerned lately with the foreign ownership of private data. Two months ago, for example, the Committee on Foreign Investment in the United States, chaired by the Treasury Secretary, determined that Grindr’s acquisition by a Chinese corporation qualified as a “national security risk.”

FaceApp is based on artificial intelligence that was trained using pictures to develop an understanding of how faces work. According to TechCrunch, it’s adding 700,000 users a day.

The facial data collected by the app could also be used to out people. Several years ago, researchers at Stanford University were able to use Facebook users’ pictures to determine with some accuracy if they were straight or gay.

“This is a pretty standard boilerplate privacy policy, which effectively offers you no protection at all,” tech journalist Stilgherrian told Australia’s ABC News.

“They ask for way more rights than they need to offer the service to you, [they] can remove the data from any effective legal protection regime, share it with almost anyone, and retain it indefinitely,” said David Vaile of the Australian Privacy Foundation.

“It is impossible to tell from this what happens when you upload it, that is the problem. The license is so lax. They can claim you agree they can send to wherever they like to whoever they like, and so long as there is some connection, [they can] do a lot of things with it.”

FaceApp said in a statement that “most” pictures are deleted from their servers in 48 hours. The statement also said that the app uses infrastructure located outside Russia, and that no data is given to the Russian government.

“We don’t sell or share any user data with any third parties,” the statement said.

In the last presidential election, Russian intelligence meddled in the US election by planting fake news on social media sites like Facebook. Government workers actively tried to promote discord in America, by using LGBTQ causes and other polarizing topics – including a fake LGBTQ rights protest.

But the Russians purchased Facebook ads in those efforts, leaving the actual targeting of LGBTQ people to the social media company. In this instance, the app developer would have access to – and be able to sell that information – directly from the data they gather from the user themselves.