Home Gay Life Show off your Straight Pride with a bunch of gray crap you... 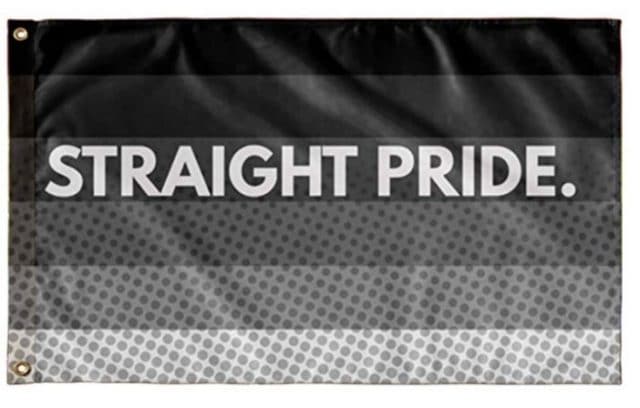 It’s June, so it feels like every company is slapping rainbows on their products to celebrate LGBTQ Pride.

But what about straight people? Aren’t they allowed to show their pride too? Now they can with some beauti- um… special Straight Pride gear.

Amazon appears to be the place to go for Straight Pride gear, where folks who want everyone to know that that one time back in college does not mean they’re queer can order this gray pin.

It comes with not one, but four symbols of Straight Pride: the gray rainbow, the reverse gray rainbow, some horizontal stripes, and the pink-and-blue empty heart. 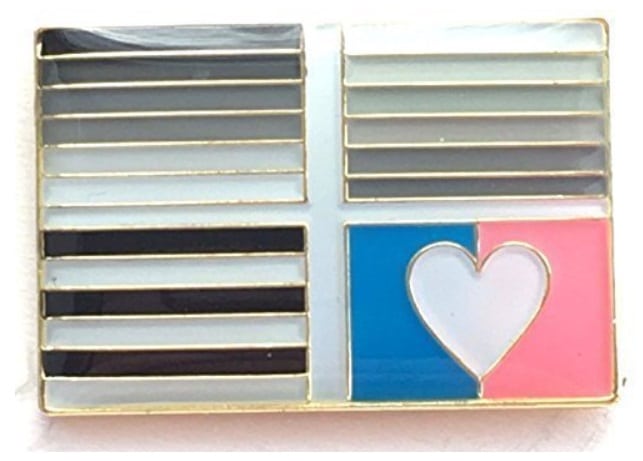 If that’s not proud enough for you, you can order this T-shirt that shows a silhouette of a straight couple getting married. Because this is what straight people do all day: have weddings. 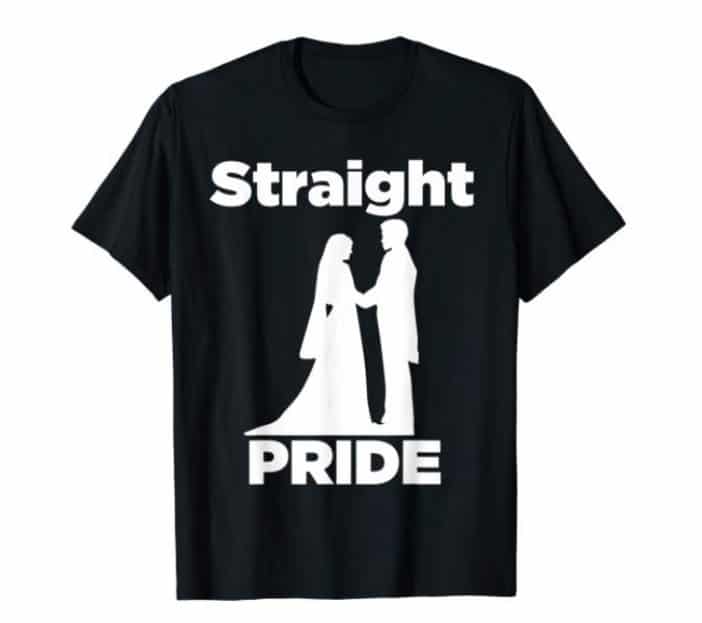 Reviews on the T-shirt show that people understand the point of Straight Pride. “Just the thing to piss off sensitive little snowflakes!” one review says.

Now you’re probably thinking: “This is all great and people will definitely know that I’m straight now. But what if I’m driving and they can’t see my clothes?”

Well, Amazon has you covered again. 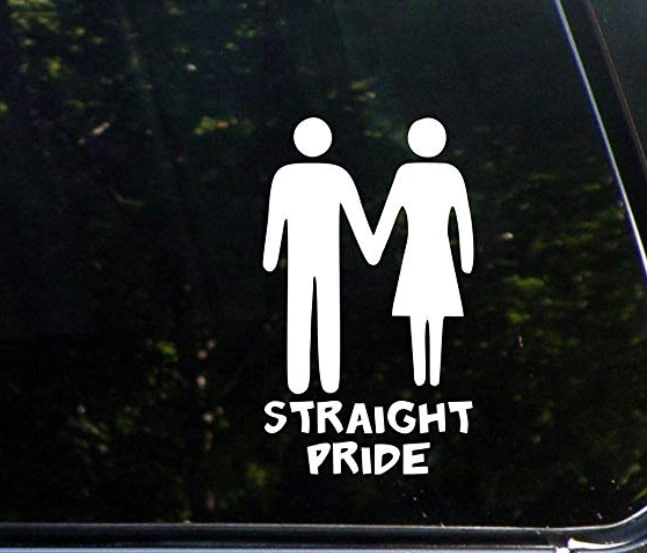 And don’t worry about someone vandalizing your car if you use this decal: hate crimes against straight people are practically nonexistent.

What Pride celebration would be complete without a flag? This gray rainbow flag conveniently says “STRAIGHT PRIDE” in block letters since most straight people won’t recognize it because straight people aren’t oppressed. 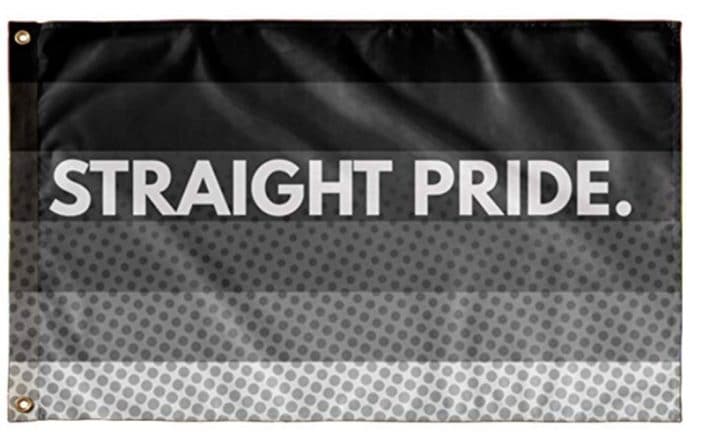 This Straight Pride pin with interlocking male and female symbols will really “trigger the libs,” which, if the reviews on the products mean anything, is the entire point of Straight Pride gear. 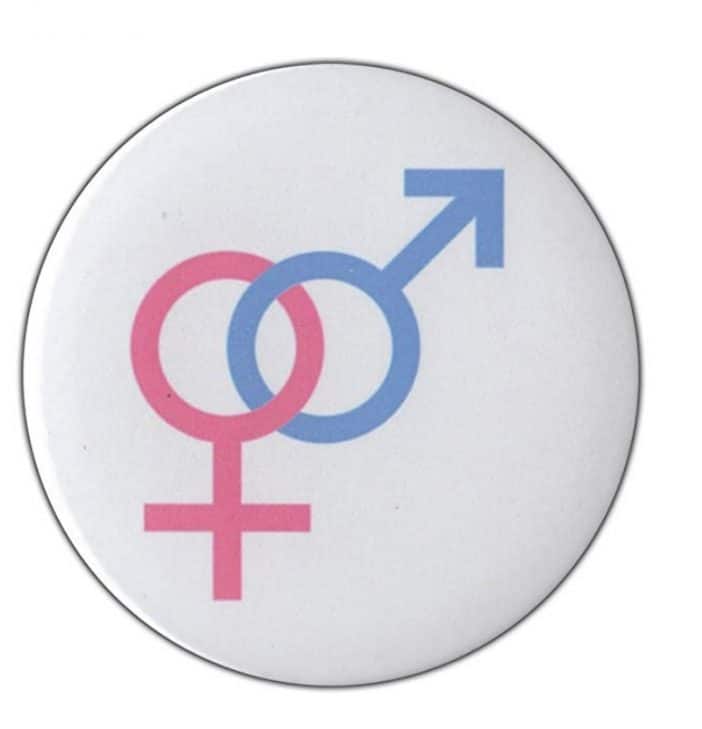 This T-shirt references #HeterosexualPrideDay, a Twitter campaign from a few years ago that was usurped by white supremacists because hate is hate. 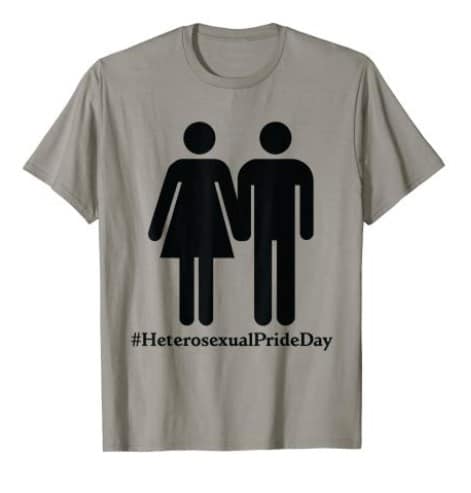 Not all Straight Pride gear is serious, though. Take this T-shirt. It’s funny because even sex involving two women is straight if everyone is there to cater to a straight man’s sexual desires. 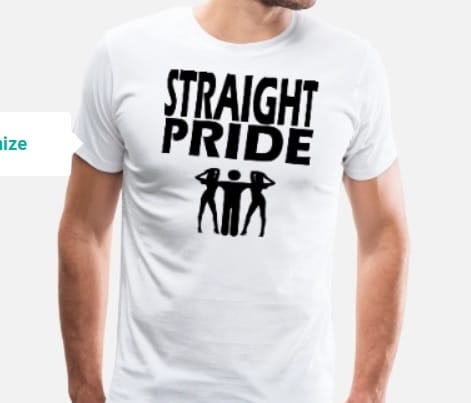