Directed by Broadway’s Andrew Keenan-Bolger (Newsies, Tuck Everlasting), Sign, is a new short film following the romance between Aaron (John McGinty, Children of a Lesser God), who is deaf, and Ben (Preston Sadleir, Next to Normal), who can hear.

The film sees Aaron and Ben’s relationship progress from dating, to becoming exclusive, and eventually living together. The two endure the highs and lows that come with any partnership:—parties with friends, meeting the parents, fights, and even a breakup—but we also see how Aaron sometimes feels neglected when Ben engages with other hearing people.

Sign is also unique is that the story unfolds through a series of silent vignettes: Ben and Aaron sign to each other, and the only audio is the score by composer Adam Wachter (ABC’s Encore!).

“Ultimately, we decided to not use subtitles, but to compose an evocative score that would help with storytelling,” says Keenan-Bolger. “This way our deaf and hard-of-hearing audience had the benefit of being able to access the love story of these two men through sign language, and our hearing audience was able access it through the score.”

To ensure that the performances and use of sign language was authentic, he enlisted the help of deaf actress Alexandria Wailes (Deaf West’s production of Spring Awakening) as a consultant. 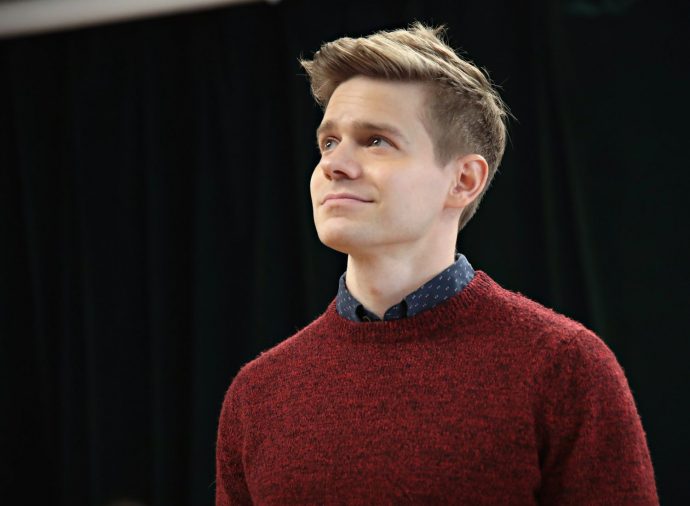 Keenan-Bolger (above) says he was inspired to make Sign because of the parallels he saw between the two communities. “Both [groups] have fallen under historical systems of oppression and have been viewed by many in the past as something that needed to be fixed or cured,” he tells NewNowNext. “And yet both have managed to build an incredibly rich culture and strong identity. ”

Since its 2016 premiere at Outfest, Sign has screened at more than 50 festivals worldwide and received the 2016 Youth Jury Award at the U.K.’s prestigious Iris Prize LGBT film festival. Watch it below. 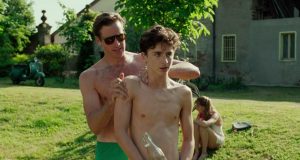 Gay romantic drama Call Me By Your Name gets first official...

Nick Gayer
0
Armie Hammer and Timothée Chalamet star in the eagerly-anticipated big screen adaptation of André Aciman's 2007 novel. As anticipation builds for the release of gay... 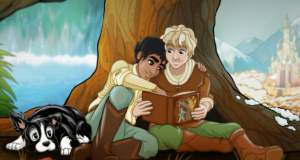 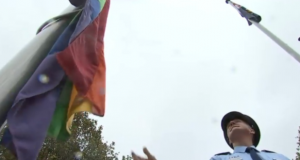