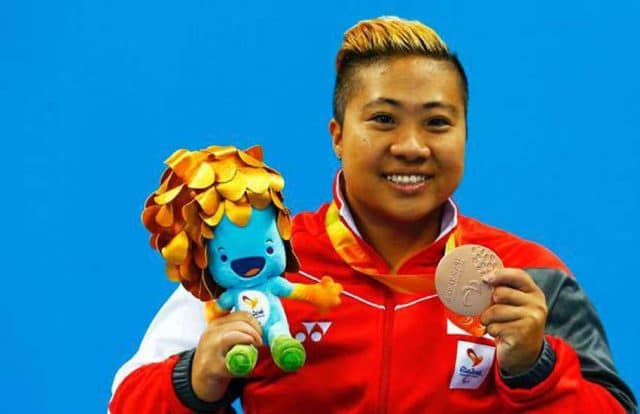 Queer paralympic medalistt has called out Singapore’s Minister for Home Affairs and Law, K Shanmugam, and urged him to decriminalize gay sex in the city.

Shanmugam this week shared on his Facebook news of a lesbian couple who were earlier this month.

‘Everyone, regardless of race, religion, sexual orientation, must feel safe in society’ he wrote.

‘And in Singapore, I have said that Government has a duty to ensure that.’

Sharing Shanmugam’s post, Goh said ‘saying this is nice but it is not good enough. Do more.’

She used the hashtag #repeal377A. Section 377A of Singapore’s colonial-era Penal Code criminalizes gay sex with up to two years in prison.

In September 2018 after India dismantled a similar law, Shanmugam said .

The 30-year-old was chosen as a public ambassador for Singapore’s Pink Dot pride event.

In conservative Singapore, authorities rarely use Section 377A. Despite renewed calls to abolish the rights-abusing law, .