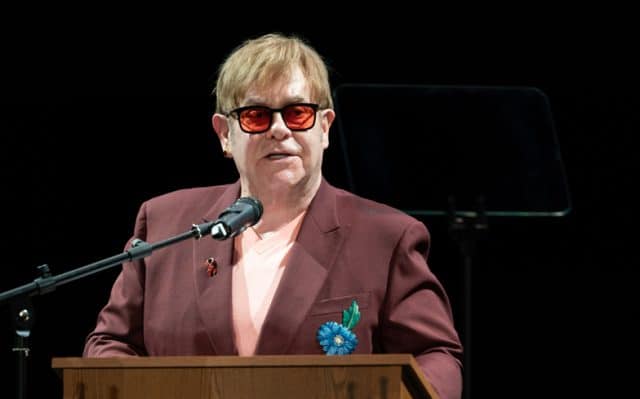 Sir Elton John has slammed Russia for censoring scenes from his biopic Rocketman. On Facebook, one Russian journalist confirmed that “all scenes with kissing, sex and oral sex between men have been cut out.”

Another added that scenes depicting drug use had been cut. In all, five minutes of the film had been cut, including a photograph of Sir Elton with his husband, David Furnish, shown in the credits.

Olga Lyubimova, the head of the Culture Ministry’s cinema department, told Tass that no specific restrictions were put on the film, but films had to abide by Russia’s laws on “paedophilia, ethnic and religious hatred and pornography.”

Sharing a statement on Twitter, Sir Elton John said: “We reject in the strongest possible terms the decision to censor Rocketman for the Russian market, a move we were unaware of until today.

“Paramount Pictures have been brave and bold partners in allowing us to create a film which is a true representation of Elton’s extraordinary life, warts and all.

Upon its release, Rocketman has received critical acclaim, and has been praised for being the first film from a major studio to feature a male same-sex sex scene.

Dexter Fletcher, the film’s director, told GAY TIMES he was hoping for a more “enlightened approach” from countries with anti-LGBTQ laws.

“The issues are theirs, it’s not the film’s responsibility,” he said. “If the film is then cut or censored in order to pander to someone else’s fucking problem, I can’t be happy about that. I can’t be because what we’re looking at is creating a film that looks at as many aspects of Elton’s life and who he is.”

The film’s star Taron Egerton praised the sex scene in an interview with GAY TIMES, saying: “Then you have this scene with Richard [Madden] where they consummate their newfound love and fierce attraction for one another. If I’m not being self aggrandising, it’s a beautiful scene. And I think it’s very sexy as well.”