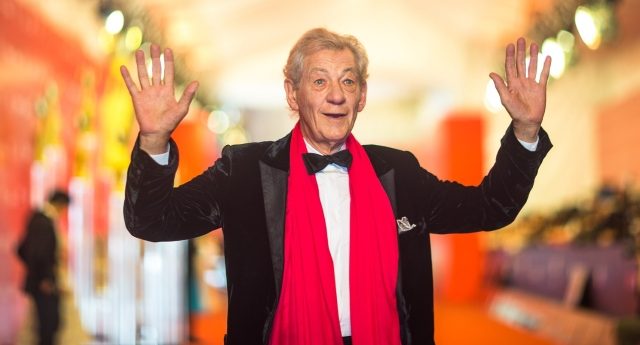 The actor and activist has said he is still subjected to homophobic abuse despite coming out in 1988.

But it really doesn’t bother him.

‘Because, guess what? They love other men! So when bully boys say, “Faggot!” you say, “That’s right, I’m with the boys.’”

McKellen gave a joint interview with Sir Patrick Stewart, his X-Men co-star, who he will star with in No Man’s Land in London.
‘I know that I’m in a love affair with Ian,’ Stewart joked.

McKellen and Stewart will begin their run in the West End on 8 September.