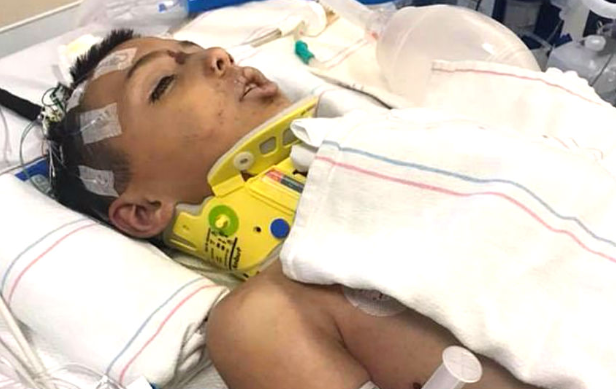 The sister of a 10-year-old boy allegedly killed for liking boys has revealed what she remembers of his horrifying final hours.

Anthony Avalos, 10, died on 20 June. He was malnourished, covered in bruises and burn marks, and had a series of head injuries.

His mother, Heather Barron, called 911 in Lancaster, California to say he had fallen down the stairs.

But the boy’s eight-year-old sister tells a different story. She says her mother’s boyfriend picked Anthony up and dropped him on his head 10 times hours before his death.

Both the boy’s mother, Heather Barron, and stepfather, Kareem Leiva, are indicted for capital murder. 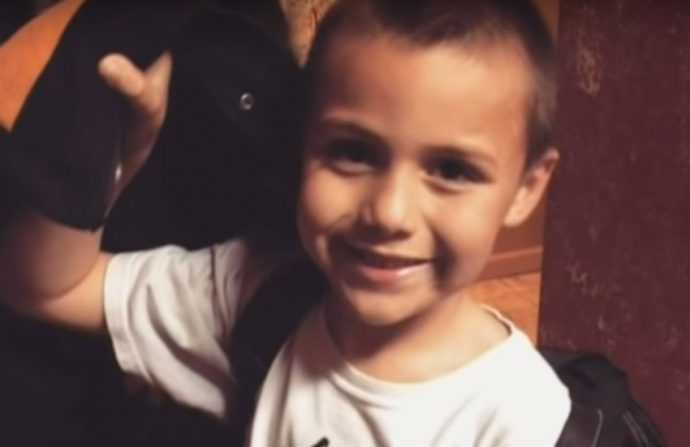 ‘One morning he woke up and… was acting a little weird,’ the girl remembered.

‘My mom said that they were gonna go to the hospital, and Anthony said he wanted to sleep. My mom let him sleep for a little, and when he woke up, my mom said he wasn’t breathing.’

She said: ‘The night before my mom told Anthony that they were gonna go to the hospital, Kareem picked him up from his armpits and dropped him on the floor. He did that about 10 times.’

He remembered the next morning, her brother looked ‘frozen’. The boy was taken to hospital and, within 24 hours, would be taken off life support.

Prosecution said Anthony’s body was covered in bruises, abrasions and cigarette burn marks. There were injuries to his side, his hips, his arms and his feet.

Hatami said they would force the boy to kneel on rice and make him hold books and weights for hours.

When they weren’t actively abusing the boy, Hatami said, the couple would lock Anthony in his room for days without food or water.

Anthony faced ‘severe torture’ because he said he liked boys 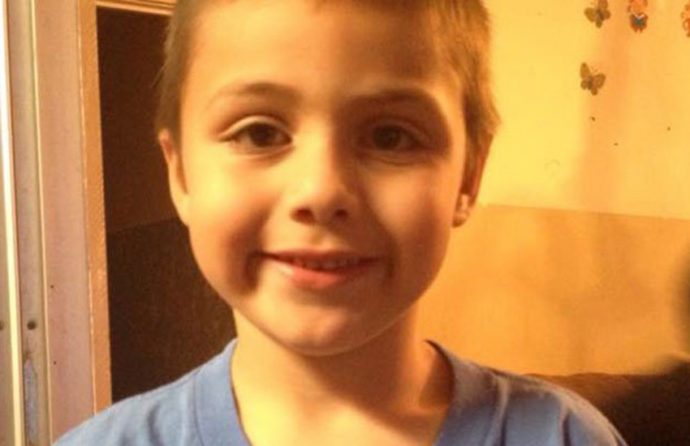 Prosecutors claim Anthony faced ‘severe torture’ in the week before his death because he had told his mother and stepfather he liked boys.

The boy’s sister, unnamed, is the prosecution’s key witness. She said she would be charged to clean up the rice after Anthony’s ‘punishments’, saying it would be covered in blood.

‘They said that since we are in trouble, we can’t have real food. They say that that’s a privilege,’ the girl told the jury.

‘Kareem would hold their legs, make them lay down, and put their face in the pee,’ the girl said.

The girl claimed that she, Anthony and her older brother were disciplined almost on a daily basis whereas the other children in the home were not.

School administrators and family members, as well as a teacher and a counselor, had all called in to voice their concerns.

The series of brutal acts against eight-year-old Gabriel Fernandez included dousing the boy in pepper spray, forcing him to eat his own feces and vomit, putting cigarettes out on his skin and beating him with a bat.

Aguirre also tied the boy up, locking him in a cage and shooting him with a BB gun.

Gay son of bouncer accused of homophobia defends his dad