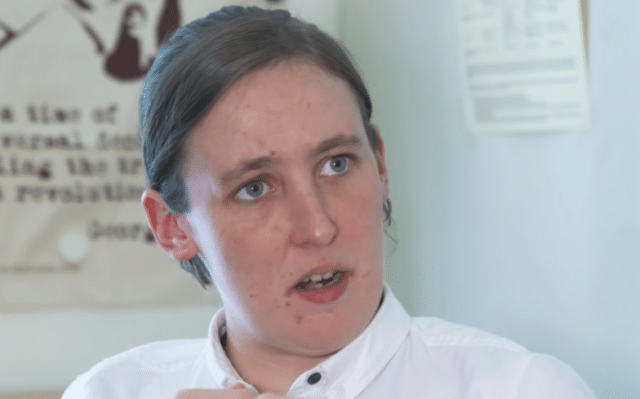 SNP politician and Baby of the House of Commons, Mhairi Black, has slammed “toxic” misconceptions about trans rights in society as the government in Scotland and England debate changes to the Gender Recognition Act.

In a 40-minute video, the politician read out transphobic tweets and spoke about the backlash she faced for supporting the rights of transgender people.

Although she slammed all of the tweets, Mhairi then spoke of the dangers that the prevalent anti-trans attitudes set, saying it could make trans people “feel afraid to begin that journey.”

Mhairi Black then spoke of the dangers that trans people faced in real life, not just online. “At this moment in time, I don’t think trans people experience anything other than people being horrible to them,” she said.

She also slammed the idea of calling the discussions around trans rights a debate, admitting the phrasing makes her “uncomfortable” because, like in the case of gay rights, “you either got them or you’ve not.”

Later on in the interview, she spoke about self-ID laws, and said: “It’s actually common practice internationally, it’s recognised that self-ID is the best system.

“Malta, Ireland, Denmark, none of these places have seen these swathes of rapists and perverts suddenly identifying as women. It just doesn’t happen. I think a lot of the stuff is just based on misconceptions and outright lies.”

And speaking about opponents to trans rights, she added: “From the get-go, a lot of the people who have concerns about trans issues complain that they are not getting the chance to be heard, when in actual fact it feels like all we’re hearing from is those people.”

She then explained how despite being a cis-gendered woman, she still faces issues when she goes to use the bathroom. “Do I pass as a woman? I’m regularly told I want to be a man, just by the fact I dress differently,” she said.

“I’m not trans, I’m a woman, but my entire life I’ve felt excluded from female groups and spaces. What they’re doing is creating a situation where women feel emboldened enough to challenge me when I’m going into the toilet.”

She added: “A lot of the women who are raising concerns about this have fought and won a lot of rights that benefit me. But in the same way they used to look at the older generation and think, ‘I appreciate you’ve got this far but there’s more to do,’ I wonder if this is now a generational thing.”

And speaking about trans men, she said: “When do we ever hear of trans men being talked about? That is because these women are coming from the point of view of, only a man can be dangerous to me. That’s not true.

“Your genitalia does not decide what your actions in life are going to be. You can’t have it both ways.”