Home Gay Life Some Historians Believe ‘The Little Mermaid’ Was Originally A ‘Love Letter’ To... 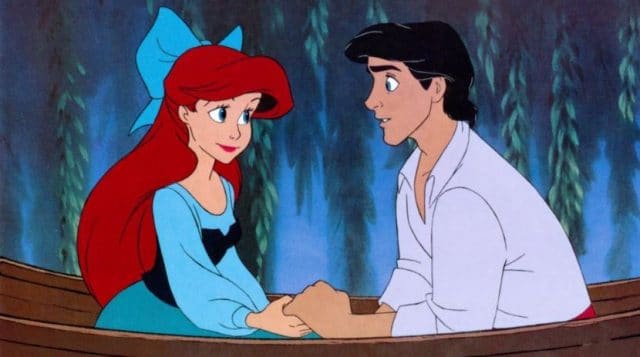 As some Disney fans continue to vent about the casting of an African-American actress to play the iconic role of Ariel in the new live-action remake of Disney’s The Little Mermaid, many have pointed to a group of biographers of Danish author Hans Christian Andersen who claim that he wrote “The Little Mermaid” as a short fairy tale in 1837 as a metaphor for his failed attempt to win the heart of a heterosexual man named Edvard Collin.

English literary critic Dinah Birch writes that Andersen “fell in love” with Collin even though he was of a higher class and disapproved of Andersen’s romantic overtures towards him and possibly one of his sisters:

Matters were further complicated when Andersen fell in love (as he did regularly, with both men and women) with one of the Collin boys – Edvard, competent and dull. Edvard stood by his volatile friend, but wanted to keep his distance. His cold refusal to allow Andersen to address him by the informal “du”, a mark of social equality in the Danish language, left a lasting wound. When Andersen later seemed to be paying court to one of his sisters, Edvard was aghast, and did all he could to put a stop to any possibility of a marriage.

According to an excerpt from My Dear Boy: Gay Love Letters through the Centuries (1998), literary historian Rictor Norton writes:

The life of the Danish writer Hans Christian Andersen (1805–1875) resembles that of his most famous fairy tale, “The Story of the Little Mermaid.” In letters written to his beloved young friend Edvard Collin in 1835–6 Andersen said “Our friendship is like ‘The Mysteries’, it should not be analyzed,” and “I long for you as though you were a beautiful Calabrian girl.”

In the fairy tale, written when Collin decided to get married, Andersen displays himself as the sexual outsider who lost his prince to another. Andersen’s biographer, Elias Bredsdorff, in 1993 used diaries to argue that Andersen never had sexual intercourse but was a compulsive masturbator; Bredsdorff is uneasy with the notion of “homosexual emotions” and therefore declines to label his subject gay. Kinsey, according to his associate W. B. Pomeroy, suspected Andersen was gay, and was shown by a scholar in Copenhagen an immense pile of data and paper on Andersen: “seeing the original manuscripts which the scholar possessed, Kinsey could say unequivocally that they were straight-out homosexual stories”; like the mute Little Mermaid, “Andersen could not tell the world of his own homosexual love for the people of the world, but the original manuscripts showed his feelings clearly.”

In discussing his production of The Little Mermaid from San Francisco Ballet in 2011, director and chief choreographer for Hamburg Ballet, John Neumeier, notes that Andersen’s disappointment about Collin is “the jumping-off point for The Little Mermaid.”

Written between the lines of this fable about personal sacrifice was a far more personal dimension—Andersen’s own torment. According to Neumeier, many scholars believe that this story is probably Andersen’s most autobiographical work. The writer had a history of falling in love with women he could not have, and a few men as well. This tale of unreciprocated love could well be his own; shortly before he wrote it he had suffered greatly at the marriage of Edvard Collin, a love interest who did not return his affections. “So in a sense,” Neumeier says, “Andersen’s disappointment [about Collin] is the jumping-off point for The Little Mermaid.”

Neumeier has played on that fact, expanding the ballet’s story to include a representation of Andersen in the character of the Poet. Neumeier didn’t intend to depict Collin specifically; instead, he says “the historical facts inspire and help to create a new Prince.”

And from an article about one of his biographies:

“As the drama of the suffering of a social outsider, and an unrequited lover who cannot express his passion, it is still poignant,” Wullschlager writes of The Little Mermaid. “This is surely how Andersen identified with the tale, allying himself in his bisexuality to the mermaid’s sense of being a different species from humankind.”

“If you looked down to the bottom of my soul, you would understand fully the source of my longing – and pity me,” Andersen wrote to Collin. “Even the open, transparent lake has its unknown depths which no divers know.”