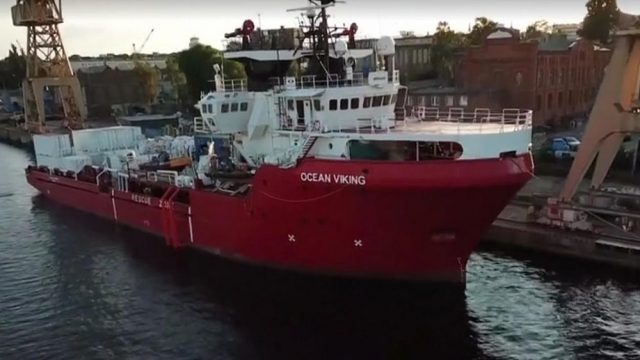 SOS Mediterranee announced on Sunday that it is restarting its migrant rescue mission in partnership with the NGO Doctors without Borders.

The mission is going at sea off the coast of Libya with SOS Mediterranee’s new ship, the Ocean Viking, a “more robust, faster and younger” ship replacing the Aquarius rescue boat.

“We set sail again and travel to the central Mediterranean to continue our life-saving mission”, the organisation said in a statement.

The Aquarius sailed between February 2016 and December 2018, saving around 30,000 migrants from drowning in the Mediterranean sea in their attempts to reach Europe.

“In the past months, we have not only strengthened our operations on land and reinforced our observance of the Law of the Sea, but also sought a new ship”, SOS Mediterranee said.

“The Ocean Viking is more robust, faster and younger than the Aquarius.”

The ship was rebuilt and adapted to the rescue mission, the group said: “We have installed several emergency shelters for the survivors from distress, installed a clinic for our medical cooperation partner Doctors Without Borders, and install storage space for our rescue equipment and supplies.”

“The Ocean Viking was originally conceived as a rescue vessel and had great potential for SOS Mediterranee and MSF to add all the necessary elements to rescue people in distress, to provide care and to protect survivors”, Frédéric Penard, SOS Mediterranee’s Director of Operations, said in a statement.