“Who told you to get dressed?”

In the past week, a disturbing and homophobic video has surfaced of two police officers taunting and humiliating a gay couple in Pieter­maritzburg, South Africa.

The video (not shown here, although screen grabs are below) is suspected to have been filmed by the two police officers, who caught the same-sex couple engaging in sexual acts in a car at Camps Drift.

The video shows the distraught couple with their pants down trying to cover their genitals, while the alleged police officers repeatedly mock the couple. 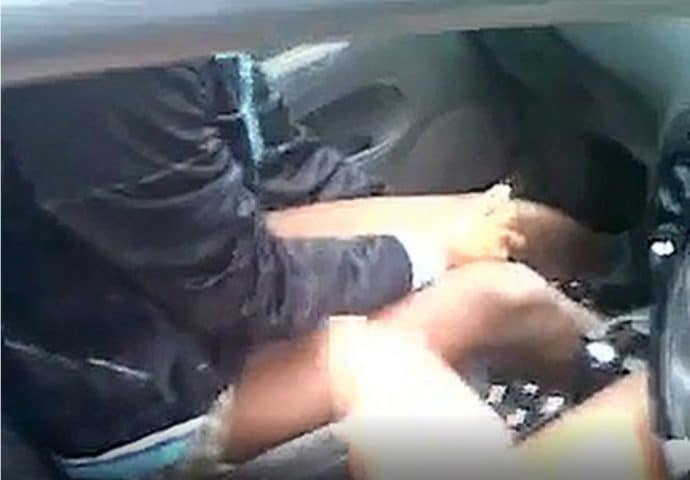 “Who’s the man between the two of you? Who’s the man, who’s the woman?” one of the men filming asks.

When the embarrassed couple quickly attempt to reclothe themselves, an alleged officer asks, “Who told you to get dressed?”

At another point, you can hear one officer say, “It is a shame what you are doing. Men are not supposed to do this.”

One of the policemen suggests arresting the couple, but instead says “voetsek,” which roughly translates from Afrikaans to “get lost.” They then tell the couple to get dressed and the footage ends. 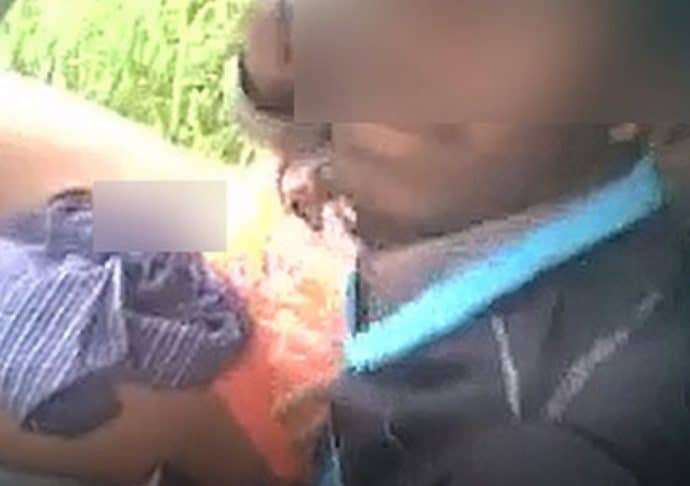 Action for Social Justice International’s Thabiso Mogapi said that he has connected with the two men in the video and has offered to assist with counseling and legal action.

“They are not coping at all,” said Mogapi. “The one man is a teacher and he is now being mocked by his own pupils and colleagues. The other man’s family have disowned him. They did not know he was gay.”

Mogapi continued, saying that the video has “ruined and destroyed” these men’s lives. If it is proven that the officers filmed the video, Mogapi suggests the issue should then be taken to the minister of police.

The traumatized couple underwent counseling this past Friday. They are still deliberating as to whether they want to take any legal action, as they fear further victimization and harassment.