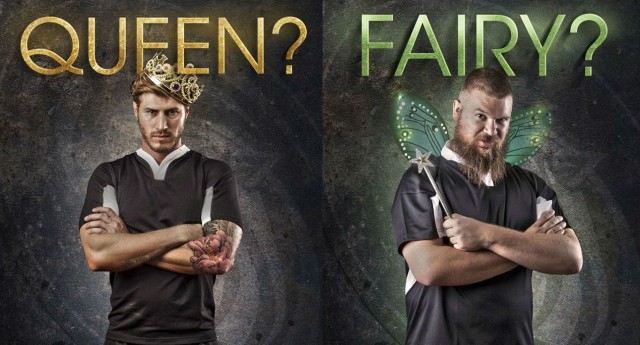 Jozi Cats is the first rugby team in South Africa that includes gay people, and to recruit new members, the team has started a campaign called What Kind of Player Are You?

The campaign aims to change how people see masculine stereotypes, mostly when it comes to sports.To draw attention, the team used homophobic slurs alongside provocative photos.

“We’re looking to just challenge the preconception that because you don’t look like a conventional rugby player, that you can’t be a conventional rugby player,” Teveshan Kuni, the chairman of the Jozi Cats, said. “We completely just want to show people that rugby is a sport like anything else. It’s skills, it’s fitness, it’s love and it’s dedication.”

What Kind of Player Are You? just wants to include the LGBT community in the world of sports.

“Our job, ultimately, is to get the word out there that there is a place where you can be gay and a rugby player, and be who you are without fear of discrimination,” head of Havas Public Relations South Africa said.

“When the naysayers and haters have their say, it will show that we still need to have these kinds of conversations in South Africa and wherever discrimination still takes place.”

Check out the “Behind the scenes” video of the Jozi Cats “What Kind of Player Are You?” Campaign Shoot: