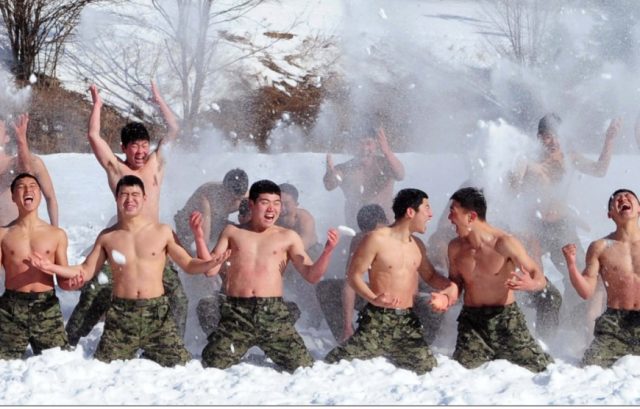 It is compulsory for all men to complete two years of military services in South Korea, whose military law bans homosexuality.

The head of South Korea’s army allegedly launched a secret investigation to find out which soldiers were gay.

His investigation has resulted in 20 soldiers facing charges under military anti-homosexuality laws.

South Korea’s army chief is facing calls to resign amid claims he ordered a nationwide probe to root out and prosecute gay personnel.

‘Gen Jang is obviously incapable of leading the army,’ the MHRCK said in a statement.

‘He treated his men who did their best to protect their homeland as if they were culprits and made them suffer the most horrible fear — losing personal dignity.

‘He must take responsibility . . . and resign immediately.’

The army confirmed it ‘was punishing soldiers on service who have homosexual relations with soldiers’. But denied Jang ordered a wide-sweeping investigation.

‘The investigation team launched the probe after recognizing that an incumbent soldier uploaded a video of him having sexual intercourse with another male soldier on social media,’ the Republic of Korea Armed Forces said in a statement.

South Korea banned gays because of the west

In South Korea it is mandatory for all men to complete military service. Given its role in defending the country from North Korea, the military is a powerful institution in South Korea.

The country imported its military law from western countries, including the prohibition of gays serving in the armed forces. However, most western countries now allow LGBTI people to serve.

‘We will file a petition regarding army chief of staff Gen. Jang Jun-kyu and [three others] with the National Human Rights Commission of Korea.’

While homosexuality is not illegal in South Korea, LGBTI issues remain taboo.