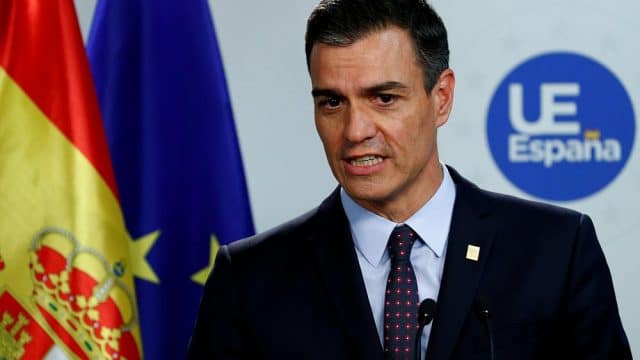 Spanish Socialists will give up trying to install their leader Pedro Sanchez as prime minister if he fails to win two investiture votes this month, a spokesman for the Spanish Socialist party said on Tuesday.

This announcement raises the prospect of another parliamentary election. Sanchez came to power in June 2018, after Spain’s conservative government was ousted by the parliament.

The centre-left Socialist Party (PSOE) won the election in April, but did not manage to rally a majority. Sanchez, currently the acting prime minister, needs the support of other parties to form a government for the next four years.

The far-left Unidas Podemos is the Socialists’ most likely ally. Despite its leader Pablo Iglesias and Sanchez again failing on Tuesday to agree on an alliance, the government has said it wants the negotiations to continue.

Adriana Lastra, the PSOE spokeswoman in parliament, told a news conference: “There would be no change, from the investiture vote of July to one in September… There are no second chances.”

To be named prime minister during the investiture vote on July 22 and 23, Pedro Sanchez must win at least 176 votes – an absolute majority – in the 350-seat Spanish lower house of parliament.

If he fails to do so, the chamber will vote again within two days. In this vote he will need only a simple majority, in which more MPs back him than oppose him or abstain, to be able to form the next government.

If that second vote fails, Sanchez may call a second investiture vote in September. He can also call a new election.

Podemos wants ministerial portfolios in a new coalition government, but Sanchez has so far only offered them junior posts.

In a statement, the government said it would continue trying to hammer out an agreement with Podemos, citing their cooperation over the past year to pass legislation and the need for the left to remain in power.

“No leftist voter would understand another obstruction” by Podemos, the statement said, referring to an episode in 2016 when Podemos sided with the conservatives to stop Sanchez from taking power.

“Our hand remains extended… We are not giving up on having a progressive government. We need to sit down and negotiate this cooperation agreement,” the government statement said.