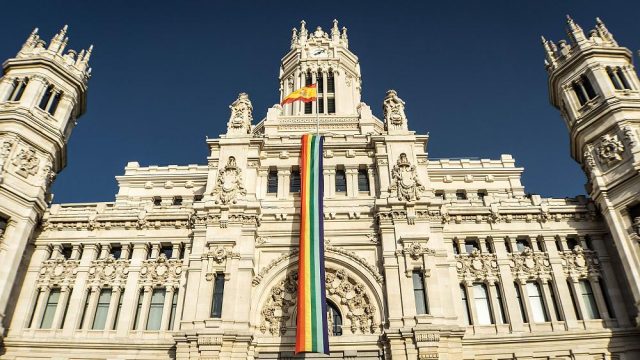 Spain’s health minister has called for gay conversion therapy to be abolished.

It comes after a report in a national Spanish newspaper claimed that a branch of the Catholic Church near the capital, Madrid, offered to “cure” a reporter who was posing as a gay man trying to change his sexuality.

“They (the church) are breaking the law,” the minister told a press conference. “therefore, in the first instance, these courses have to be completely abolished.”

She went on to say that it was unfortunate that there are still pockets (of Spain) where people are told what their sexual orientation should be.”

What does the therapy consist of?

Conversion therapy is based on the belief that being gay, bisexual or transgender is a mental illness that can be cured. Methods can include hypnosis and electric shock treatment.

The practice is banned in the Madrid region, even if the recipient gives consent or not. Punishment can include fines of up to 45,000 euros.

In a statement on its website, the diocese of Alcala de Henares claimed the report was “fake news.”

But it also said that while it acknowledged the “respect and love due to all people”, it would offer help to “all those who freely request it.”

The website also recommends books including “How to Prevent Homosexuality: children and gender confusion”.

The health minister said that if the law continued to be broken then Spain’s Department of Justice would have to decide what action to take.

Other places that have banned conversion therapy include Ecuador, Malta and over a dozen US states.