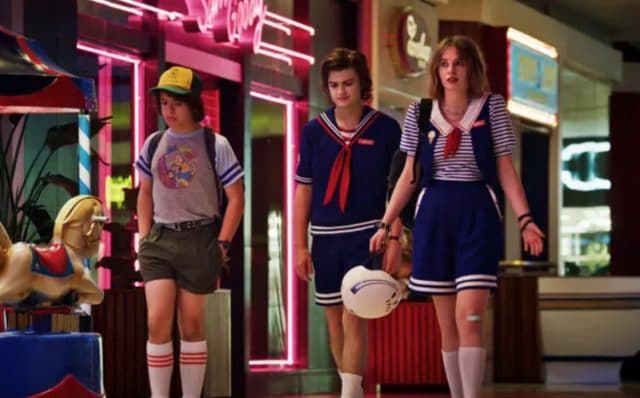 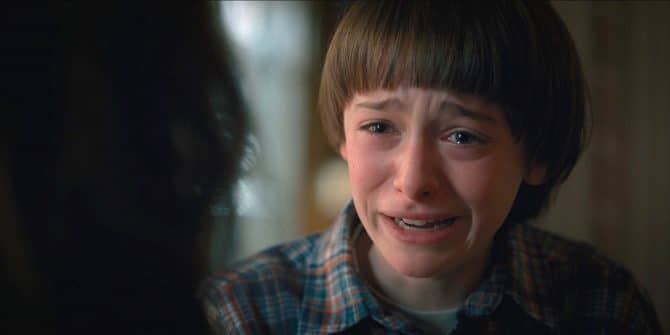 Attention dear readers: read no further unless you don’t mind a plot-point reveal for the new season of Stranger Things.

The popular Netflix nostalgia series sparked discussion after a scene showing the characters Mike (Finn Wolfhard) and Will (Noah Schnapp) arguing about the dissolution of their core friend group when most of the boys, including Mike, find girlfriends. Will doesn’t have much interest in dating, and prefers to play Dungeons & Dragons with his friends.

The conversation contains a curious rebuke. “It’s not my fault you don’t like girls,” Mike snaps at one point. Will reacts with a prolonged pause of embarrassment.

Fans have begun to speculate that the exchange sets up Will as coming out as gay in a future season. They further cite the evidence that another character, the codebreaker Robin (Maya Hawke) comes out as a lesbian this season.

Speaking to The Wrap, Schnapp said: “It’s really up to interpretation. While all the characters were out developing and growing up, Will was in the Upside Down and he was alone there, not interacting with or connected to his friends or the rest of the world. And when he got back, he expected everything to just go back to how it was before, how it was when he was normal and when he was a kid and he wanted to go back to the basement and play D&D. … You see in Episode 3, he just wants to play D&D in the basement, and now all of his friends have girlfriends and they are dating. And it’s kind of, when you hear Mike say that line, it’s really up to the audience to interpret it.”

With that in mind, and with several unresolved plot threads still dangling in the Season 3 finale, it’s widely expected that the show will return for at least one more season. Hopefully, that means viewers will get to see Will meeting the boy of his dreams.