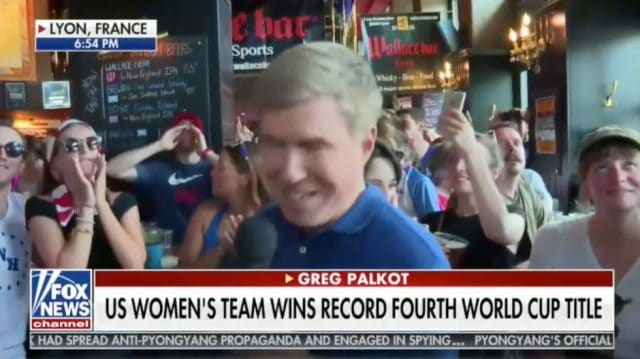 A live Fox News broadcast from a sports bar in Lyon, France, was interrupted when the bar’s patrons began chanting “F*ck Trump!,” shortly after the U.S. women’s national team defeated the Netherlands to win the World Cup championship.

As correspondent Greg Palkot began his report, a bartender began the chant and was soon joined by several patrons.

“We were going to be outside,” Palkot explained as the chants grew louder. “We were going to be looking at a screen with the football game. But in fact it was canceled by officials because they were worried about security measures. The American fans came over to this sports bar.”

“It’s been a crazy time,” the veteran war reporter added.