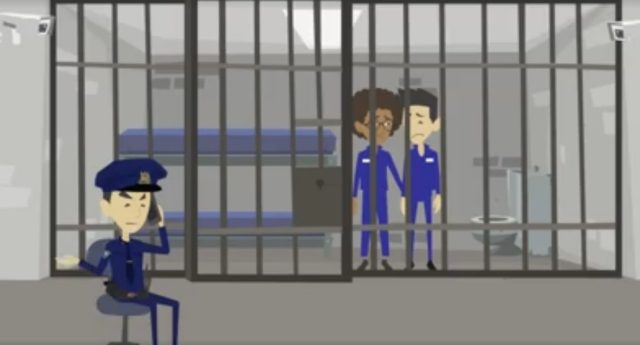 A video ‘guide’ to gay rights in Morocco has gone viral after getting tens of thousands of views in its first day.

The video, posted to Facebook earlier this week by the Collectif Aswat, has been viewed more than 30,000 times. It was released for International Human Rights Day, and features a gay couple being arrested and taken to the police station.

During their stay, the animated couple are abused and humiliated.

People found having same-sex relations or accused of doing the same can still be prosecuted unfor chapter 489 of the Moroccan Penal Code.

The Collection says there are violations of LGBT+ people’s rights during these arrests and prosecutions.

The UN and other bodies have called on Morocco to decriminalise homosexuality.