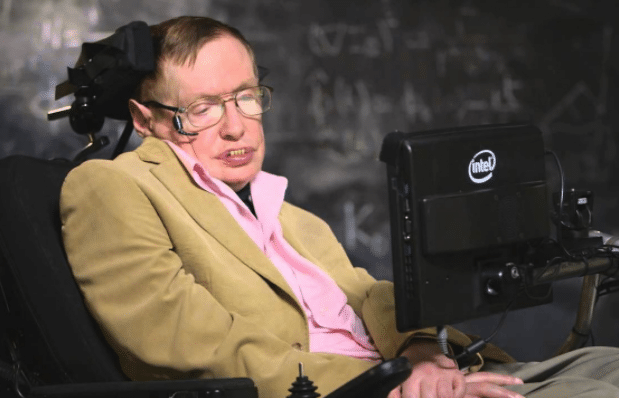 His death was announced by his family in the early hours of the morning, on Wednesday 14 March.

And as the world reacts to news of the passing of Stephen Hawking at 76, a sweet story has come to light by which we’ll always remember him. (In addition to his amazing scientific achievements, of course!).

The tale was shared with The Guardian by one of the British cosmologist’s former students, Marika Taylor.

The now-professor of theoretical physics at Southampton University says that the icon revealed his U-turn on the information paradox over a drink in a pub by seemingly making a joke about his sexuality.

‘He had a wicked sense of humour’

The publication’s Science Editor Ian Sample writes: ‘[Hawking] was discussing their work with them in the pub when Taylor noticed he was turning his speech synthesiser up to the max.’

‘The whole pub turned around and looked at the group before Hawking turned the volume down and clarified the statement:

‘He had, Taylor said, “a wicked sense of humour.”’

The ‘A Brief History of Time’ writer was of course twice married.

‘He was an extraordinary man’

In a statement his children said: ‘We are deeply saddened that our beloved father passed away today. He was a great scientist and an extraordinary man whose work and legacy will live on for many years.’

Hawking was the subject of an Oscar-winning biopic The Theory of Everything in 2014. The film of course starred Eddie Redmayne, who won an Oscar for his portrayal of Hawking.