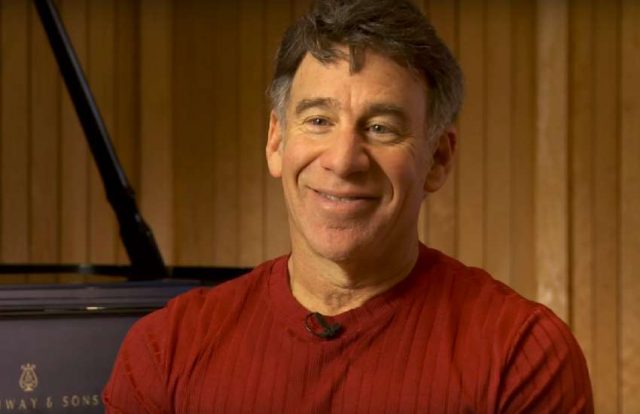 It was a star-studded occasion, with performers like Idina Menzel, Megan Hilty, and Jordan Fisher in attendance to sing some of Schwartz’s most memorable numbers.

Schwartz has been in the musical business for decades, with his first major off-Broadway production being 1971’s Godspell. His other big musicals include Pippin, Wicked, Children of Eden, and The Hunchback of Notre Dame.

He also charmed many millennials with his work in Disney movies, such as the aforementioned Hunchback, Pocahontas, and Enchanted.

During his big night, GSN spoke with Schwartz about the upcoming Wicked movie, his queer fans, and the changing nature of musicals.

There is a theme in Schwartz’s musicals — the outsider. It’s seen with Elphaba in Wicked, Pippin, Quasimodo in Hunchback, and perhaps, most of all, Jesus in Godspell.

When I asked Schwartz about this, he said it had to do with his own perception of himself as an outsider.

‘There was a conflict of recognizing wanting to belong, to fit in, but not wanting to give up the essence of who you are,’ he responded. ‘That conflict is something we all struggle with.

‘So that’s of interest to me and the characters I’m attracted to and write about.’

There is a known relationship between the LGBTI community and musicals — I know musicals have been an intrinsic part of my life since I was a baby.

For years, LGBTI fans have found solace in Schwartz’s characters. Elphaba is a big one for many, while Pippin is my heart and soul.

When asked about this, Schwartz became truly touched.

‘It is so significant to me,’ he said. ‘It is so gratifying to me. I’ve done a lot of work with the San Francisco Gay Men’s Chorus, one of the proudest things I’ve ever done is a choral piece called Testimony based on Dan Savage’s It Gets Better project.

‘This is a very significant part of what I do and what I want to communicate. Hearing you say that is definitely meaningful to me.’

Many Schwartz fans will know one of his biggest musical successes is soon coming to the big screen with a .

‘Wicked is definitely in process,’ Schwartz confirmed. ‘We are gaining on the screenplay — we don’t have it yet, we’ve been through several drafts and iterations, so we’re getting closer.’

He also said director Stephen Daldry is meeting with production designers and getting ready to begin casting. 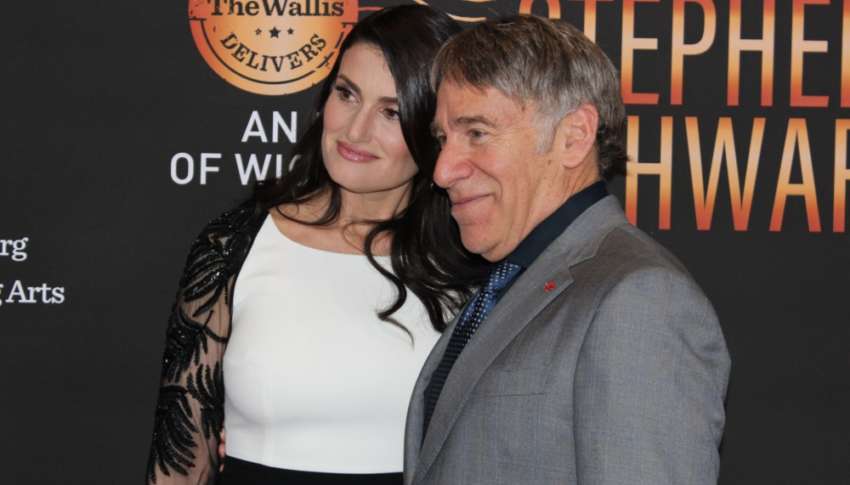 Menzel and Schwartz together | Photo: Provided

Idina Menzel, the original Elphaba, was also in attendance and spoke to GSN about her iconic roles, from Elphaba to Maureen to Elsa and more.

‘It’s one of the greatest gifts,’ Menzel said of the LGBTI fans who feel represented by the roles she’s played. ‘I have gratitude every day that I’m associated every day with these women who really embrace who they are. They don’t apologize for who they are.

‘And hopefully we’re getting more and more into a world where that’s not such an anomaly.’

Other performers in attendance also spoke to GSN about what makes Broadways and theater an accepting space for LGBTI people.

‘There’s something about theater and music — it’s for everyone,’ said actor and singer Liz Callaway. ‘Whether you’re performing or watching, we’re all in the same room together, we’re experiencing the human connection. Music is healing.’

Jordan Fisher, who recently played Mark in , as well as appearing in Hamilton on Broadway, also commented on this.

‘The orientation of the theater community is about creating a safe space,’ he said. ‘There’s an idea of getting into the trenches with people, regardless of sexual orientation, race, belief, whatever — we are family. That’s what leads to theater feeling so safe.’

Angel Blue, an opera singer, added: ‘Theater is a place where I truly feel like myself. I don’t have to pretend. When I’m on stage, I can be Angel. Even if I’m portraying a character, I can still be myself. And I hope people feel that, especially our young LGBTQ community.’