Home Gay Life Stonewall at 30: How the LGBT+ charity fought for equality in the... 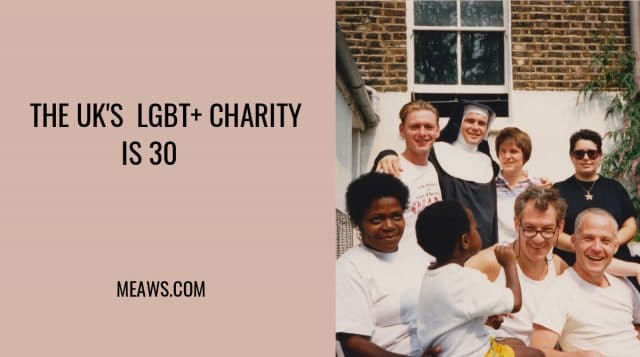 Stonewall, the UK’s foremost LGBT+ charity, is celebrating its 30th birthday on Friday (May 24) with a look back at its past victories.

For three decades Stonewall has fought for the rights of lesbian, gay and bisexual people across Britain, and has been trans-inclusive since 2015.

To celebrate its milestone anniversary, the charity is launching a new campaign highlighting the changes of attitude towards LGBT+ people over the past 30 years, and the challenges still facing the community.

When Stonewall was founded in 1989, Margaret Thatcher’s government had just introduced Section 28, the infamous law which prevented schools from discussing same-sex relationships.

The charity was conceived at the dining table of Sir Ian McKellen, one of the charity’s 14 founding members.

“We formed a lobby to change Section 28 and get rid of it,” McKellen said.

“We were doing something that we knew had to be done at some point. We were fighting not on our own behalf, but also on behalf of kids.

The fight to abolish Section 28 completely took 25 years. It was first repealed in Scotland in June 2000, and in the rest of the UK in November 2003.

Along the way, Stonewall fought—and won—several other battles on behalf of LGBT+ people.

In 1994, its campaign to equalise the age of consent for gay men won an early victory when it was lowered from 21 to 18. The age of consent would eventually be brought down to 16—in lines with that for straight people–in 2001.

In 1995, the charity teamed up with Rank Outsiders to end the ban on LGB people serving in the British military. These restrictions were lifted in 2000.

One of Stonewall’s most famous slogans. (Stonewall)

Throughout the following 19 years, same-sex couples won the right to marry and to adopt, while trans people were acknowledged and given legal protections.

As it enters its fourth decade, Stonewall continues to fight for equality, campaigning for reform of the Gender Recognition Act, marriage equality in Northern Ireland and LGBT-inclusive education in schools, working with 1,300 schools to deliver lessons and tackle bullying.

“As long as there is Stonewall, there is optimism.”

1999 – Michael Cashman, Stonewall co-founder, becomes the first openly gay UK member elected to the European
Parliament.
2000 – Stonewall Scotland opens its doors – and helps take down Section 28
2000 – Lifting of the ban on LGB people serving in the military
2000 – Section 28 repealed in Scotland
2001 – Love wins! Age of consent equalised for gay and bi men.
2001 – Stonewall sets up the Diversity Champions programme
2002 – Same-sex couples free to adopt with the Adoption and Children Act
2003 – Section 28 repealed in England and Wales
2003 – Employment Equality (Sexual Orientation) Regulations comes into force
2003 – Stonewall Cymru opens
2004 – ‘Love that dare not speak its name’ is celebrated after Civil Partnerships Act passed
2004 – First Gender Recognition Act gives trans people a way to change their legal gender
2004 – UK Black Pride celebrated for the first time
2005 – Stonewall launches the Education for All campaign to tackle homophobic bullying in schools
2007 – Stonewall launches its iconic ‘Some People Are Gay. Get Over It!’ campaign
2008 – Prescription for Change – landmark remark on lesbian and bi women’s health

The ban on LGB people serving in the military was lifted in 2000. (Stonewall)