Home Fiction Stop being a ‘Jessy’ 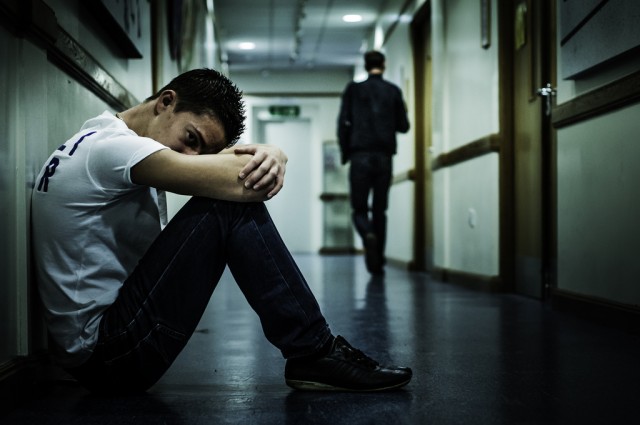 In Scotland, we use the word ‘jessy’ as an insult. Urban dictionary describes it as follows:

“Scottish/Northern English phrase to suggest someone is a coward.

(your mate wont ask a girl out) “aww come on, stop being a Jessy”

(someone runs away from a fight with you) “Haha, ya big Jessy””

It’s also an insult thrown at many gay guys when they’re young. We’re seen as weak, ineffectual, unable to stand up for ourselves. Is this true? Is it something inherent in the nature of being gay that we’re not as “masculine” as other men? How is it even possible to generalise that?

I found out for myself how true that was the day I finally stood up for myself.

I faced bullying all through school – insults, slurs, occasional shoves. Sometimes it spilled over into violence. Since I was shy, effete, weak, it seemed as if I walked through school with a target on my back saying “Hit me”. I couldn’t tell anyone about the bullying – that’s the way of it. It’s designed to lower your self esteem, to break you, to make you as weak as the bullies say you are. You mistake asking for help as confirming that weakness, when actually that’s not true. The courage to tell someone you’re bullied shows a real strength of character. But hindsight, as they say, is a great thing.

There was one guy who used to pick on me a lot. A tall, lanky streak of piss, he should have been easy to stand up to. Yet he was one of those psychological bullies, one of those boys who seemed to know exactly how to get into your head. Red haired, red faced, always laughing. But underneath that monkey grin, anger bubbled, and maybe that’s what he took out on me. He and his gang used to shove me around and call me names, all the usual ones. No wit among them, just basic, banal slurs.They’d push me around sometimes – corner me and shove me, or trip me up, desperate to make me angry, to lose it. I never did. I’d bite my lip to keep the tears at bay, face reddening with humiliation.

One day though, I finally snapped. I was in my last year at the school, and I’d had enough. Enough humiliation, enough shame, enough of this gangly prick and his cohorts.

They started as they always did, shoving my chest and shoulders, singing their insults at me. This time though, I “squared up”, as we say – set my shoulders and told this Neanderthal to “bring it on”. The shock on his face was priceless, but it gave way to anger. Seems like he never wanted me to react after all.

He came for me with those nasty, aggressive eyes, and punched my cheek. It might have hurt him more than me, knuckle on solid bone, but it did hurt. I didn’t cower though. I launched myself at him and punched him right in the nose, bringing blood. He fell to the ground and I kicked him, once, twice, again. Just as his pals were coming to his aid, Mister Mulligan, the Tech teacher, rounded the corner. Grabbed us both, took us to the headmaster’s office.

I won’t bore you with the details of what happened there. The teachers were as ineffectual as ever. The boys kept up the insults after that, but they also kept their distance.

I’ve only been in two fights since then, and I’ve come out on top twice. I’m not proud that my ability to inflict violence defines my masculinity. I am glad I can stand up for myself now though. The real moral of the story though is, tell someone, anyone, immediately. Don’t take that kind of abuse for any longer than you have to.

Don’t let the bullies force you to become someone you aren’t.