“Safe to say it ruined my night,” says the waiter.

This week a straight couple dinging in a chain Italian restaurant complained that their server was too “flamboyant,” and asked for a different, heterosexual waiter.

Posting on reddit PhiPhiAokigahara recounted the night in question, when he was serving with an older white couple.

“I pleasantly collected their drink order and let them know they can take their time with the menus and to let me know when they’re ready.” 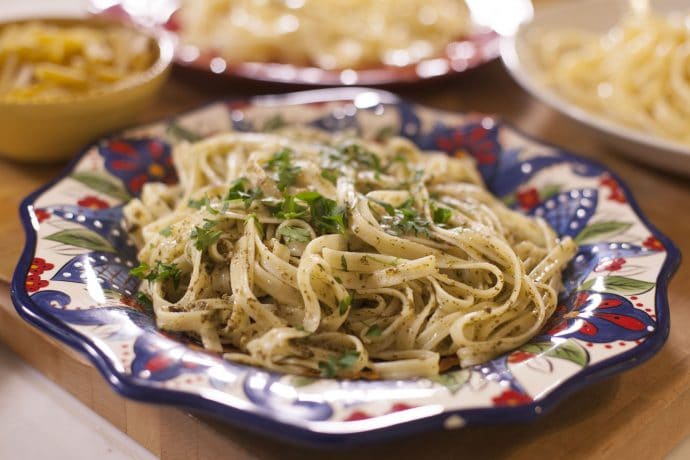 PhiPhi headed into the kitchen, when the host came over and informed him they wanted a new server “because you’re​ gay”

“Cue my freak-out,” PhiPhi recounts. “Apparently the moment I left the table the husband stormed to the host stand and loudly demanded a non-flamboyantly-gay server because ’he’s a man of God and can’t be around that.’”

PhiPhi told his manager immediately about the incident, in hopes the du would be asked to leave.

“Did that happen? Nope. My manager initially gave them a stern talking to but I guess they were so polite in response [that] my manager saw fit to not only give them full service but leave them in my section in plain sight of me despite my protests.”

While he had to watch them enjoy their meal, PhiPhi says a regular in the section witnessed the whole encounter and “gave me a hug with so much enthusiasm while she glared down the homophobes.”

“I spent the next hour in the back mostly in shock,” he added. “Safe to say it ruined my night.”

While it doesn’t undo the damage, PhiPhi said he got a call from his boss the following day.

“[They] called my manager, my general manager, AND the district manager to tell them how absolutely infuriated she was over it,” he explained. “I got to listen to the manager who allowed their stay to apologize over and over again. It felt great to hear him so panicked over it all.” He was informed that if it happens again ” the guests will be removed immediately when they make prejudiced remarks (like they should have been from the beginning!)”

Multiple users responded with messages of support, while some mocked the supposed “Man of God.”

“Ah. The ol’ ’I can’t be around that because I’m a man of God’ defense,” wrote one. “I call that the ’what if I accidentally suck his dick’ defense.”

Another added, “I’m a fan of Jim Jefferies’ response: ’If you don’t like gay marriage, here’s what you do…. don’t marry a gay person.’”

Some suggested that he should take legal action, as the event occurred in Massachusetts.

“Your hostess’ and manager’s actions make the business liable,” one wrote. “You need more than an apology. You need cash. And I’d also insist on training for the whole staff.”

Thanking people for their support, PhiPhi admitted, “I’m used to this sort of thing when I’m out but it happening at my job is brand new to me. All I can think now is that any table I greet from here on out could say that, and it’s a really uncomfortable thought.”

Perhaps the best words of advice came from redditor RexBanner23, who wrote:

“Don’t go down that road. You start to think like that and you will end up over thinking everything, suddenly any time a customer has a weird look on their face you assume it’s about you and then your interactions with them start going badly because you’re nervous and assuming the worst when really they were thinking about something completely unrelated or looking at something behind you.

Yeah there is some assholes out there but how many nice people have you dealt with before you encountered this one? Most people couldn’t give a shit what you do when you’re not serving them as long as you bring them the right food when you are. Don’t let one bigoted ass make your work life harder than it has to be. Think of your awesome regular instead, and how there are good people in the world who will stand up for you.”