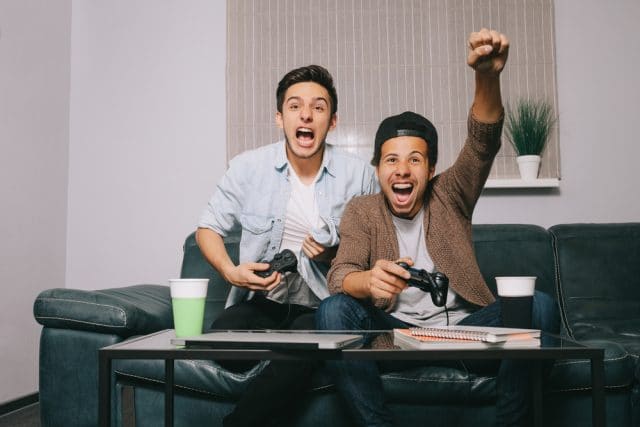 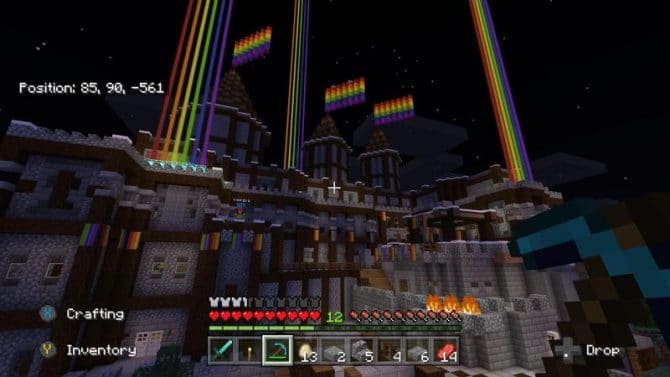 A gamer named Jordan showed his gaymer friend Joel the meaning of found family, spending hours to give their Minecraft castle a rainbow-hued makeover after Joel’s coming-out did not go over well with his parents.

“My friend that I have played Xbox with for many years recently came out as gay and got a lot of backlash from his family,” Jordan wrote on Reddit recently, sharing a picture of the end result. “To show my support I did this to our castle in Minecraft. Many hours and duplications later it was finished.”

Later, Jordan updated his post to share Joel’s reaction: “He said that it means the world to him, I could hear in his voice that he wanted to cry. We are now going to build another base and have fun.”

Jordan gave the backstory to Gay Star News, saying that Joel, who lives in another country, came out to him one day as they were playing online. “He said he was telling his parents in a few hours. I was really excited for him,” Jordan told the site. “A few hours later he sent me a message on Facebook that said he told his parents and that they were extremely against it and mad at him.”

“They didn’t want to talk to him and wanted to send him to live with his grandma,” Jordan added. “That’s when I decided to work on gaying up the castle we had built. Took me about three hours to gather all the materials.”

It actually took Joel a while to notice the castle’s new multicolored decor. “I can’t remember his exact words but he said, ‘Oh, my god,’ and just paused for a few minutes,” Jordan said. “He told me how much it means to him and how happy he was. He also said he shed a little tear.”

“I think it’s important for straight people like myself to support LGBT,” Jordan wrote on Reddit. “We should all be in this together.”