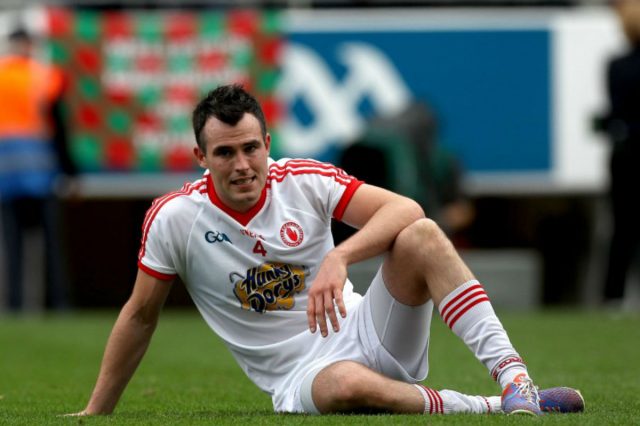 Two days after taking part in the film, the Irish sports star had spent his £3,000 fee on his crippling gambling addiction – which had seen him steal over £20,000 by the time he was 21.

“When the filming was over I felt physically sick, disgusted that I had allowed myself to sink into such an abyss of degradation and humiliation,” he writes in his new autobiography – extracts of which appeared in the Irish News.

However, McCarron says the experience made him question his path in life, leading to a stint in rehab and eventually back to the career he loves playing for Tyrone GAA.

He was won a whole host of new fans – many of whom still think he is gay.

“Some people will continue to form the same opinion of you. A lot of them still think I’m gay,” he said.

“Every day, I still get online approaches, or some form of social media connectivity, from the gay community.

“Some gay men seem to look upon me as a kind of gay icon. That’s how I was tagged on some LGBT community websites and discussion boards.

“The last thing I am is gay, but I’ll take those comments above vile, vitriolic, homophobic and personal abuse any day of the week,” he adds.

“I completely respect the lesbian and gay community, because I really appreciated their messages of support when so many others wanted to bury me.”

Cathal McCarron’s autobiography Out of Control is released on October 20.