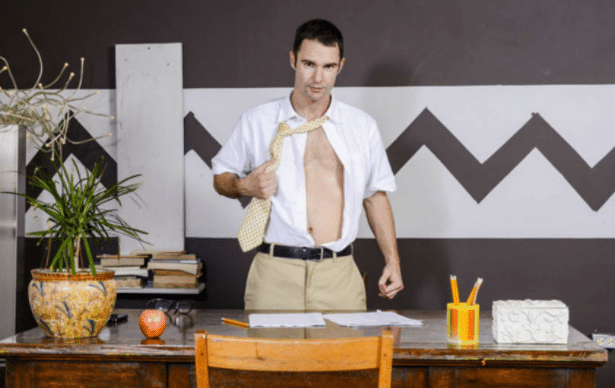 A straight guy just clapped back against another straight guy’s casual homophobia about gay teachers in the best possible way.

Adams, who is a vocal Trump supporter, wrote: ‘As a straight male, how would u feel about your child having a homosexual school teacher?! Who their around 8hrs of the day!’

Then this is where the magic happens.

If a gay teacher can teach my kid the difference between they’re, their, and there, I’m good.https://t.co/yczFcx7bdR

Another wrote: ‘I’m with you there! Competence and professionalism is required regardless of gender preference or identity. Straight doesn’t guarantee appropriate behavior.’

One also said: ‘As long as he or she do what they were hired to do what’s the problem?’