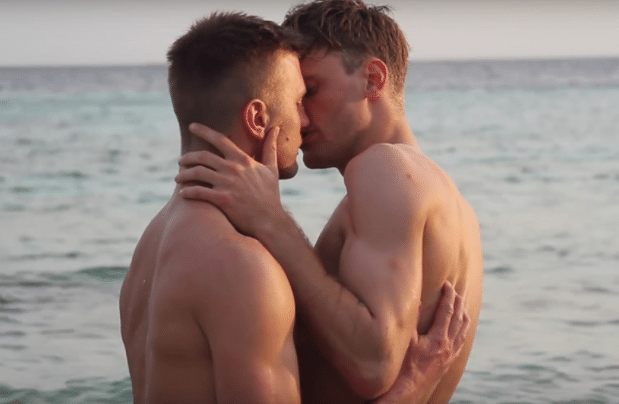 It gets really, really gay

‘I was swimming with my friend in a lake at a crowded beach. He grabbed my dick and said “whoops, a fish”. Never asked him why he did it.’

‘From personal experience, joining the Marine Corps is about the gayest thing you could possibly do.’

‘My best friend and I both won/lost at gay chicken.’

‘In undergrad, there was a guy friend and a girl friend of mine who really liked each other, but were too scared to make a move. They were talking one night while I was in a state of drunkenness, I dipped him back and kissed him, then stared her in the eye and said “see how easy that was?!”

‘This happened the weekend after Pokemon Go came out. I went to a gay club with my girlfriend and a few of her friends, I was playing it outside since someone set up 2 lure modules at the front entrance when a huge cross dresser comes up to me and says “you want the circle to be as small as possible” and I said “I thought bigger was better” and she replied “that’s because you’re a bottom” then she walked away.’

‘I had a really long dry spell after I broke up with my first girlfriend. Just, no interest from the ladies whatsoever. Having made friends with a bunch of gay men in college, I clearly came to the logical conclusion of: “Well if I can’t get action from the ladies, maybe I’m gay.”

‘Well one day I ended up getting hammered at a party thrown by one of my friends who was known to be a bit… forward. He invited me back to his room to take shots. After our second shot, he puts his hand on my chest, looks into my eyes and goes in for a kiss. My brain goes on full “what the shit” mode, but I went with it anyway.

‘We made out, his hands caressing my body… and nothing. No attraction, no desire, just boredom. I told him that I just wasn’t into it, grabbed a beer and tottled home. Turns out I’m not gay, just fucking terrible with women.’

‘Went to a bar in Ferndale, MI. The city is known as “Fabulous Ferndale”. My buddy had just bought a house on the city limits. We went out to the bar with a large group of friends. Eventually I had to use the bathroom.

‘As I’m washing my hands a dude comes up next to me and says “Going home with your girlfriend or with me tonight?” I was just in shock; I couldn’t believe he’d be so blunt about it. So I uttered the stupidest response I’ve ever given to a question and said “I don’t have a girlfriend” which was then followed quickly by “I mean I’m not gay, its not my thing, its cool that you are, but im not, alright cya man” and I walked out.

‘It was pretty awkward.’

‘Well… A few nights ago I was staying in a cabin with about 11 friends. It was a 50/50 split of guys and girls and over 2 nights many litres of hard liquor and a respectable amount of weed was consumed. At one point the 6 girls decided they wanted girl talk, so they banished us guys from the bunk. Being severely inebriated we decided that we’d have guy talk which quickly devolved into chanting “COCKS COCKS COCKS” and showing each other our nuts.’

‘I had a friend in high school that was as competitive as I was. We used to compete and make a game out of everything. Our favorite was “distracted mario kart”. Basically, we picked an object and tried to use it to distract the other person while they play a race on mario kart. Whoever went the farthest or finished the quickest won. Sometimes we would make loud noises, sometimes shoot nerf guns at the racer, sometimes punch them with a boxing glove.

‘One day, we were both pretty drunk and started playing. it was an anything goes race, so while I was racing he started tickling me. When it was his turn, I tickled him as well, and it went on like this for another turn. When it was his turn to tickle me again, I laughed and told him I was immune to his tickles and would win. He took this as a challenge, and tried to find new places to tickle me, places where neither of had gone before. He reached between my legs and tickled the inside part of my thighs. At first, this felt really weird because i’d never had a guy, you know, get so close to my privates before. But I told myself it was just a part of the game and dismissed it. This kind of went on for a while, and before I knew it, he was pretending to “tickle” my private parts. When it was his turn, I did the same thing he was doing to me, kind of like a game of simon says. It was around that time that I realized that we were basically jerking each other off while playing our game, but it wasn’t overly weird to me for whatever reason.

‘We played like that for probably an hour or so, and passed out. We never spoke about that night and we never played distraction Mario Kart after that; neither of us ever brought it up to play when we were hanging out. This was 10 years ago, and we were both 15-16. We never talked about it again and are still friends in a completely straight way.’

‘My parents were convinced I was gay while I was growing up. After I lost my virginity to a woman I didn’t know if I might like guys too. So I had a gay friend and I asked him if we could have sex. I liked him a lot as a friend and so we had some pretty good sex. However good it felt physically it didn’t feel right emotionally at all. So I got off alright, but mentally just not attracted to guys. So, I’m straight and very secure in it.’